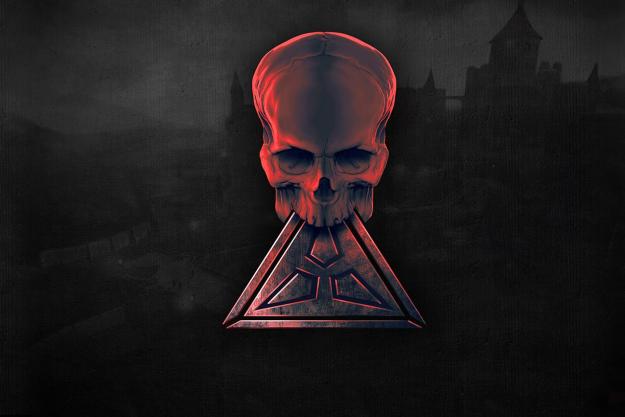 “Interceptor Entertainment sticks with what works in its spruced up, Unreal Engine 3 spit-shined reboot of the Apogee-published classic, Rise of the Triad.”

Rise of the Triad is exactly what it’s been billed as: a faithful reboot of the game of the same name that was released in 1994, a time when its main competition was id Software’s Doom and Bungie’s underdog Marathon. The original was conceived as a sequel to Wolfenstein 3D, a seminal entry in the genre, and it seems fitting that this reboot should be released shortly after the announcement of Wolfenstein: The New Order. It’s a good year to be a fan of classic shooters.

For many, Rise of the Triad will trigger a bout of nostalgia. Characters, weapons, power-ups, and countless other assets have been recycled from the original. For others it’s a time machine; those who were too young in 1994 for a game that regularly sprayed blood, gibs, and eyeballs across the screen will regret not being born earlier. It’s the kind of game that mothers and teachers were convinced would rot your brain and turn you into a murderer—and who’s to say they were ever wrong? The speed and gore of Rise of the Triad can leave you dazed, though to ’90s shooter vets it feels like a return to form for the genre.

The speed and gore of Rise of the Triad can leave you dazed, though to ’90s shooter vets it feels like a return to form for the genre.

Rise of the Triad is faithful to the original in the sense that it’s a fast-paced, twitchy shooter that cares not a lick for the many, many advancements made in the genre over the last two decades or so. But don’t take that to mean it doesn’t improve on the original. The most obvious enhancement is the new RotT‘s Unreal Engine 3-powered graphics, and everything from level design to the soundtrack—the classic music reworked into head-banging metal masterpieces by Andrew Hulshult and original composer Lee Jackson—is better. It’s even faster than the original; at its best it’s more akin to Quake 2 and Unreal Tournament, with entire levels flashing by at light speed as you spew rockets, missiles, and firebombs at hordes of dumb cannon-fodder enemies. The one modern concession is the snap-to-sights mechanic popularized in Call of Duty, though half the weapons eschew it in favor of some alternate fire mode anyway.

The lack of weapon variety is one unfortunate holdover in Interceptor Entertainment’s otherwise admirable dedication to producing a faithful re-imagining of their source material. It’s fun playing around with all the old rocket launchers, like the Flamewall, Firebomb, Split Missile, and D.R.U.N.K. (Destructive Randomly Unguided Nullification Kit). But those power weapons are easily interchangeable; with their finite ammo supplies you’ll be expending them and picking up new ones so quickly that you often won’t even realize which one you’re holding. When the rockets run dry there’s just a measly pistol and a mediocre machine gun to fall back on. There’s also the nuclear baseball-firing “Excalibat” and a magic staff that shoots lightning, but the former is rare and the latter appears only in the final quarter of the game.

Still, Rise of the Triad works much better as a shooter than it does as a platformer. No one will judge you for opening up the console and typing in the “fly” cheat (yeah, it’s got old school cheat commands, dig) during the game’s scattered but consistently frustrating jumping and bouncing puzzles. It doesn’t help that it’s often torturously long between checkpoints, with multiple precarious platforming segments between them. Prepare for repetition as you finally master one section only to be faced with an even greater challenge in the next room, with no checkpoint in between. Unpredictable and instantly deadly traps are a constant threat, as well. Some can be sidestepped, though overall they simply do a disservice to RotT‘s otherwise enjoyably fast pace.

Frequent glitches and bugs impede said pacing as well. Not even counting the incredibly dumb A.I., which may have been a conscious decision to keep it – for that old school feel – you’ll clip through the environment, witness extreme graphical anomalies, and be suddenly killed simply for walking down hallways. The worst is when you can’t progress because a normally benign stretch has inexplicably become an instant kill zone, forcing you to restart the level.

RotT has endless fan service, like the soundtrack and the largely irrelevant plot. No doubt the battlements, towers, labyrinths, and hell pits of Rise of the Triad exist for reasons that someone, somewhere can explain, but who really cares? All that matters is that H.U.N.T.—the High-risk United Nations Taskforce—is deployed to storm the island base of the mysterious and powerful Triads, and that means it’s time to kick some ass.

That fan service extends beyond the game itself and into the options menu. The international dev team at Interceptor is clearly savvy to what PC gamers want and/or need, and there are endless knobs and levers to jigger in the game’s “advanced options” tab. This includes everything from typical graphical choices like world, character, and weapon detail (from “low” to “ludicrous”) to field of view, motion blur, and ambient occlusion. It even has sliders for “max anisotropy,” “skeletal mesh load bias,” and “shadow texels per pixel,” whatever those mean. Meticulous PC elitists will find plenty to fiddle with.

… it still feels comforting to see those ‘ludicrous gibs’ and bloody eyeballs fly across the screen in 2013.

Similarly, the multiplayer features that hardcore PC gamers yearn for are either present or presently arriving. There’s no matchmaking system, but searching, choosing, and hosting multiplayer servers is easy. There are only five maps to start with, but upcoming free DLC and the promise of eventual mod tools will likely keep twitchy-fingered old schoolers happy for months to come. Power-ups like Dog Mode, which turns you into a vicious mongrel, and Mercury Mode, which gives you wings, add welcome variety to deathmatch and capture-the-flag mode. Flying high in Mercury Mode and raining explosions down on players far below you feels pleasantly like piloting the banshee in Halo, but with easier control and more dismemberment. And the easily expended but frequently found power weapons make moving around a necessity. It may be a tough lesson for camping Call of Duty addicts to suffer, but you won’t sit still in RotT matches after your six rockets are gone and everyone else is hopping around like mad, dodging and re-upping their supply of slow-but-powerful projectiles.

It’s hard to ignore all the bugs and awful platforming sections in Rise of the Triad, even if you can cheat your way through them, but it’s the thrills that linger. You’ll more readily recall the Firebomb rocket launcher’s four-pronged chain of explosions, or the triumph of finding secret rooms full of point-giving coins nestled deep in labyrinthine levels, or the macabre beauty of eyeballs splattering onto the screen. Even if you weren’t there in 1994, playing the new RotT will make you wish you had been, like the way seeing modern Marvel movies makes you regret not reading more comics as a kid. Even if the original is just a blip in the annals of video game history to you, it still feels comforting to see those “ludicrous gibs” and bloody eyeballs fly across the screen in 2013.