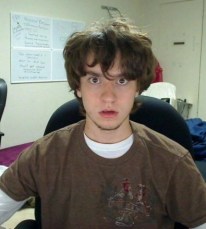 Earlier this week, Sony filed papers in a California court, which accuse Hotz of fleeing the country to avoid handing over “components of his hard drives as requested” to the court. Sony says Hotz has attempted “to dodge this Court’s authority,” which raises “very serious questions” about Hotz and his defense in Sony’s lawsuit against him.

According to a post by Hotz on his blogspot blog, “GeoHot Got Sued,” the hacker is actually just in South America for some much-needed R&R. The post, entitled “Fearmongering” [sic] reads:

Apparently, I have fled the country. ROFL

Factually, it’s true I’m in South America, on a vacation I’ve had planned and paid for since November. I mean, it is Spring break; hacking isn’t my life. Rest assured that not a dime of legal defense money would ever go toward something like this. And of course Townsend [Sony’s law firm] loves the idea of painting me as an international fugitive. I have been in contact with my lawyers almost every day; I would not let the case suffer. That said, I also won’t let this ridiculous lawsuit run my life either. Then the fearmongerers win.

I will be back, I hear it’s hard to come by the Xperia Play down here.

On top of its accusations that Hotz fled the country, Sony says Hotz also lied about not having a PlayStation Network (PSN) account. According to legal papers filed by Sony, “In March 2010, Hotz signed up for a PlayStation Network (‘PSN’) Account using a new PlayStation 3 computer entertainment system.” This, Sony says, means Hotz agreed to be tried in California if Sony ever decided to seek legal action against him — a stipulation included in the fine print of anyone who signs up for the PSN.

The lawsuit against Hotz is currently being heard by San Francisco Magistrate Joseph Spero. The evidence against Hotz — legally acquired through court-order access to his PayPal records, as well as logs related to his website, YouTube and Twitter accounts — is being used by Sony to justify the lawsuit hearing being held in California, as opposed to Hotz’s native state, New Jersey.

Sony partners with Discord to bring the app to PlayStation