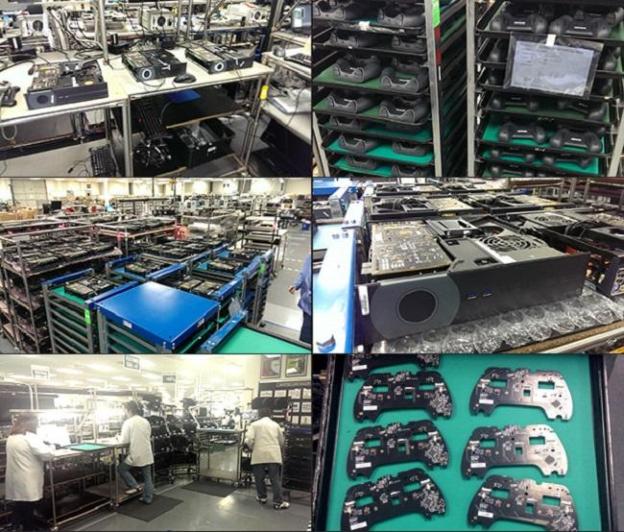 To the lucky 300 people chosen today to receive prototype Steam Machines at no cost to help with the beta testing: sleep with one eye open. Your machines will ship on December 13 according to Valve, and we are officially jealous. And plotting your downfall.

Exactly how the 300 participants were chosen wasn’t revealed, but the requirements to be considered were fairly simple. You just needed to join the Steam Universe community page, agree to the beta terms, have 10 people on your friends list, make your Steam profile public, and play a game in Big Picture Mode. Due to legal difficulties though, it turns out you must also live in the US.

“We’ve had to make the difficult decision to limit our beta to the U.S. only, because of regulatory hurdles,” Valve announced on its community page. “This was not our original plan, and it means we can’t collect beta feedback from Steam customers world-wide, which is pretty unfortunate.”

While that probably isn’t what people living outside the States and hoping to be chosen wanted to hear, the alternative would be a delay to the Steam Machines entirely or just ignoring the beta testers’ advice until after 2014.

“All things considered, we’re sure it was the right decision, because the alternative was to delay the whole beta beyond the point when we’d be able to incorporate any feedback into the 2014 products.”

The regulatory issues will only affect the beta though, and won’t have any impact on Valve shipping and selling the actual retail units, which is still on track for some time in 2014. The company also promised more information on the retail units at CES on January 6, 2014.

When the prototypes ship, SteamOS will also be made available to “individual users and commercial OEMs,” but Valve recommends that you hold off trying it until later in 2014 “unless you’re an intrepid Linux hacker already.”

If you are one of the 300 to receive Valve’s golden ticket, you’ll be notified today and you’re machine will ship later this week. It will include the prototype hardware itself, the new Steam Controller, a handful of games that run natively on the SteamOS, and the envy of millions.

Topics
The best games for Steam Deck
Among Us VR is the best (and least practical) version of the multiplayer hit
How to install Windows 11 or Windows 10 on the Steam Deck
Overwatch 2 removes Mei for at least 2 weeks due to ice wall exploit
Blaseball makes its absurd return in January with a dedicated mobile app
Amnesia: The Bunker takes survival horror into a ‘semi-open-world’ sandbox
Pokémon Scarlet and Violet Titans guide: locations, weaknesses, and more
All cross-platform games (PS5, Xbox Series X, PS4, Xbox One, Switch, PC)
The best weapons in Modern Warfare 2: every gun ranked
Pokémon Scarlet and Violet: How to beat the Elite Four
The best Intel processors for 2022
Call of Duty: Warzone Mobile: release date and preregistration details
Monster Hunter Rise is coming to PlayStation and Xbox, minus cross-platform saves