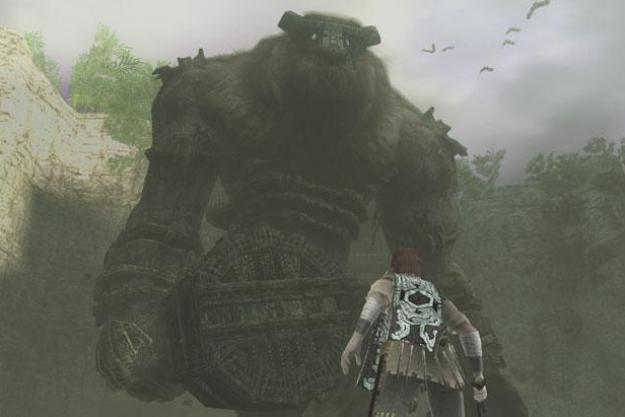 How do you review games like Ico and Shadow of the Colossus, two relics of the PlayStation 2 era from Fumito Ueda that to this day stand among the best that the medium has yet seen. You don’t. Not really. You just thank your lucky stars that it’s your job to journey through these fantastic experiences once more and then tell everyone all over again how they shouldn’t be missed.

I’ve spent the past few weeks following through on the first part of that. At no point did it suck. Now for the second part.

Sony’s Ico & Shadow of the Colossus Collection HD brings the two titles to PlayStation 3 for the first time (older backwards-compatible consoles notwithstanding), adding a new 720p widescreen display to both, as well as 7.1 surround sound, a 3D mode and PlayStation Trophies. There’s some bonus behind-the-scenes video content too, but I couldn’t seem to find it on the game disc. The games themselves are entirely unchanged, barring the technical upgrades, which is just fine. This pair doesn’t need to be remade, simply preserved.

Ico is the older of the two, an action-platformer released in 2001, early in the PS2’s life. Players step into the shoes of the titular young boy as he explores a large, abandoned fortress. It’s essentially a massive escort mission, as Ico’s journey involves leading a young captive girl named Yorda out of the castle to safety. The game twists your typical platforming challenges with the addition of this second character; Yorda is not nearly as capable as Ico is, rendering each of the rooms they pass through as a puzzle in which creating new routes is just as important as clearly environmental obstacles.

Our duo’s journey is complicated by the presence of shadow creatures throughout the castle. They can’t harm our nimble hero — only a fall from a great height can do that — but they will grab Yorda and drag her off to a horrible end if she is left alone for too long. You can rescue her using the meager weapons Ico is equipped with, but there’s no defeating these creatures; they always come back for more.

While Ico is still very clearly a PS2-era game in its PS3 appearance, the high definition treatment very effectively makes it feel new and fresh once more. This isn’t a full-blown re-skin, but everything feels much sharper. The colors are more vibrant, the fine details in the game’s art design stand out better and the various visual effects are much more convincing. As a bonus for North American gamers, this is a port of the European version of the game, which means that completing it unlocks a two-player cooperative mode (local only).

Shadow of the Colossus stands in contrast to Ico as a large, open world filled with enormous beings compared to the older game’s tight castle corridors and chambers. Our heroes are Wander and his horse Argo, who journey together through the largely empty landscape with the intent of bringing down the game’s colossal bosses, waking Wander’s lady-love from a magical sleep in the process. Playing this game back in the day was a revelation, a new twist on the open-world approach to video game design that hasn’t really been repeated or nodded to since.

Colossus in HD is similarly revelatory, but for entirely different reasons. The game benefits greatly from the visual makeover, especially with the added bonus of a widescreen display. Wander’s beautiful world remains just that, and the colossi he takes on are given a new sense of scale thanks to the added screen real estate. Like Ico, much of the story in Shadow is left to be deciphered by the player. Bringing down a colossus pushes Wander one step closer to rescuing his distressed damsel, but the tragically epic death scene accompanying each of his victories strongly suggests that this selfish pursuit is coming at a high cost.

Also like Ico, the flaws that existed in Colossus before still remain. Specifically, the controls feel very chunky and slow-to-respond, a reminder that this is still a six-year-old game. There is one rather notable improvement, however. The bulk of the criticisms directed at the original release targeted its technical presentation. While the game was gorgeous to behold, it wasn’t always a smooth experience thanks to an unsteady frame rate. That is no longer an issue here. Colossus in HD, like Ico, hums along at a solid 30 frames per second. It’s expected, of course, but it’s a welcome improvement all the same.

So there you have it. The Ico & Shadow of the Colossus Collection HD is must-own material if you’re a PS3 owner. If you’ve never played the games before, this is the best opportunity you’ve had yet to really experience them. And if you have played them, this is still the best there is. Both games look greatly improved with their widescreen 720p makeover, and they offer the same fulfilling experiences that their predecessors did. Let’s face it: you’re not reading this because you’re not sure if this duo has held up, you’re just doing it to make the wait for the Collection‘s September 28 release pass by a little quicker.