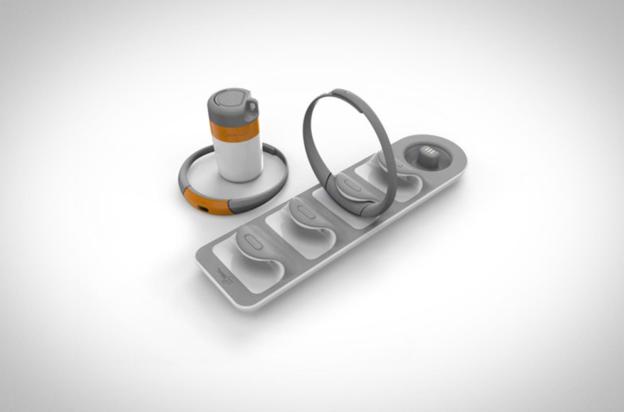 Summer is here, and with it scads of heat-beating pool time for kids across the country. With all the fun, though, comes risk. Accidental drownings are a major cause of death and injury in the United States, a problem particularly acute among children. To help those responsible for keeping kids safe in the water, Dr. Graham Snyder, a doctor of pediatric emergency medicine and also an engineer – nice combo! – developed The SEAL, a wearable swim monitor and anti-drowning device.

In its most basic form, the system consists of three components: a band for the swimmer, another for a lifeguard/parent, and a portable monitoring hub, all communicating wirelessly through radio signals, which behave very differently in and out of the water. A swimmer programs his capabilities into his band – a toddler for whom any submersion could be threatening doesn’t have to be calibrated at the same level as a competitive athlete — setting parameters for how long that band can safely be underwater. Should it be down too long, The SEAL sets off an LED strobe on the swimmer’s band while sounding an alarm on the second band and the hub.

The applications for anyone with kids and a pool are obvious, but The SEAL could have utility for sports going beyond pool flips and chicken fights.

Snyder says he’s received positive feedback and attention from organizers of competitive events including triathlons and endurance swimming. “People have noticed,” he says. “Bringing in The SEAL system to a competitive event like that could be a huge, huge advantage for rescue.”

Events like triathlons are, in the aggregate, very safe, but problems do occur. And when they do, it’s nearly always in the swimming portion. Swimmers are frequently pulled out of the water, and according to a study published by the Journal of the American Medical Assocation, 13 of the 14 reported deaths during triathlons between 2006-2008 occurred during the swim. Given the nature of the events, with many competitors crowded together in deeper, often murky waters of lakers, rivers, or open ocean, locating distressed swimmers isn’t always easy. Because expert after expert notes how drowning doesn’t always look like drowning, the eyeball test isn’t reliable. Nor can competitors be counted on to alert rescuers already in the water.

Additionally, athletes with medical conditions (a seizure disorder for example) capable of causing significant problems in the water can add an extra layer of safety and security during training or competition.

First run versions of the system are available now, and Snyder says the plan is to engage in larger groups of pool testing this summer with the goal of mass production by the end of the year. Snyder says designs for future models including GPS capabilities are already in the works, further enhancing utility for competitive water sports.

Best Buy is practically handing out Fitbit smartwatches today
The Fitbit Luxe helps you manage your stress levels — and look good doing so
The best weightlifting apps for Android and iOS
Tempo Studio adds new equipment for more of that gym experience at home
The Ninja Blender just got a HUGE price cut for Cyber Monday
Capstone Connected launches its smart mirrors built for all lifestyles
The best smart treadmills
This NordicTrack elliptical is $500 off — and it will arrive by Christmas!
Tonal vs. Mirror
How to change the time on a Fitbit
The best exercise tech to help you crush your 2022 fitness goals
Withings Body Scan scales go far beyond just showing your weight
This light bulb can track your sleep and monitor your heart rate from afar