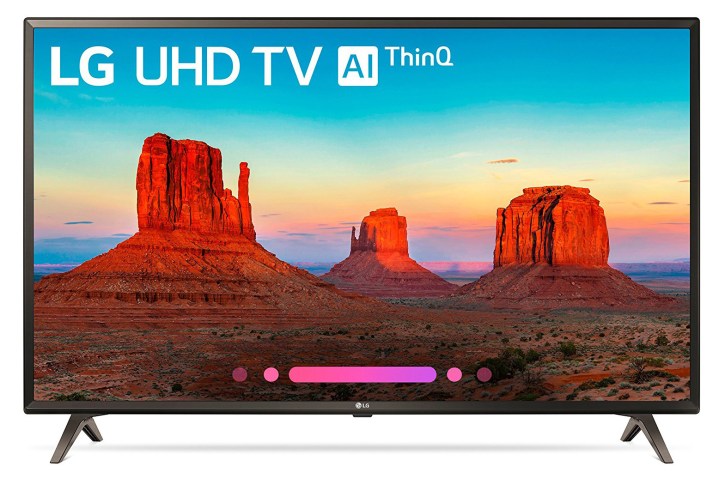 March is many things: It’s the month of spring, the month of the NCAA Men’s Basketball Championships, and International Women’s month. But if we’re being honest, we’re most excited for March because of the extraordinary deals on TVs it brings every year. Want proof? How about a 43-inch LG 4K HDR Smart TV, for under $275?

That’s right, Walmart is running a special price right now on the LG 43UK6300PUE, a 4K HDR TV that we had already picked as one of the best 4K TVs for under $500, when it was at its regular price of $499. Now that it’s nearly 50 percent off, at $270, it’s a total no-brainer. If you’re in the market for a smaller-sized TV, or you simply want to spend as little as possible without sacrificing quality, this is an excellent opportunity.

The 43UK6300PUE might be one of the smaller TVs you’ll find these days, but LG hasn’t skimped on features. You still get every detail of a true 4K Ultra HD display, along with stunning HDR performance. The panel is LED backlit, and uses in-plane switching (IPS), which ensure that it will be visible even if you’re not sitting dead center, which can be a problem with non-IPS LED displays. Google Assistant is built-in, as part of LG’s AI ThinQ suite of services, and can be activated using the optional LG Magic Remote.

With LG’s WebOS smart TV interface — one of the best we’ve found so far — you get instant access to apps for Netflix, Amazon Video, Hulu, and more, plus the TV is antenna-friendly if you’re a cord-cutter who wants to grab free HD over-the-air channels without the need for a separate tuner box.

With HDMI 2.0 and HDCP 2.2, plus an available audio return channel (ARC), you can connect this TV to every Ultra HD Blu-ray player, A/V receiver, or soundbar on the planet, making it future-proofed for years to come.

So whether you’re looking to catch the last matchups of March Madness in 4K, or simply looking for an affordable way to upgrade your aging TV, this will probably be the best price of the year on this LG 4K HDR TV. Want something a little bigger? The 49-inch version is also on sale for $340.