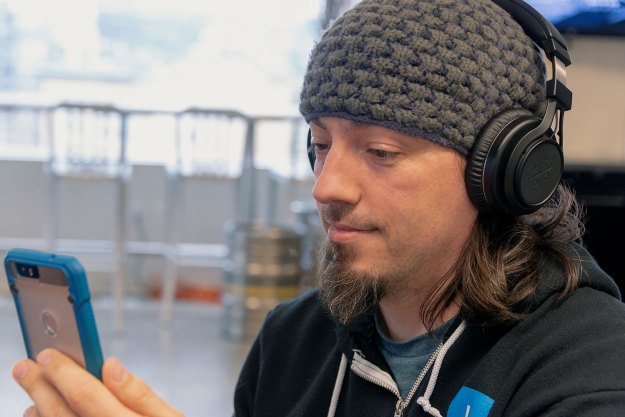 When we laid eyes on the A9/600 headphones for the First Time, we felt like Kids In Love on Cloud Nine. This is no Fiction; For What It’s Worth, these over-ear cans felt like an auditory Oasis for our ears, suited equally to Raging as they are to Stargazing until the Sunrise.

Okay, sorry. We couldn’t help ourselves. In 2016, Norwegian DJ-slash-producer Kyrre Gørvell-Dahll — better known as Kygo — debuted a signature series of headphones, designed to combine comfort, sound quality, and good looks into one comprehensive package. He personally worked with the Kygo Sound team to engineer an ideal sound signature, built to handle the demands of bombastic house beats without sacrificing clarity or detail. The result of their efforts for the attainable A9/600 BT wireless headphones– the flagship of the Kygo Sound line at $200 – is impressive execution on nearly all levels.

Note: The A9/600 headphones are actually made in China, not Scandinavia.

When we said we fell in love with the headphones at first sight, we were making a pun on Kygo’s song titles, but we were also telling the truth. The A9/600 – packaged in a standard-issue monochrome box with product details strewn tastefully about — arrive murdered out in stealth black, with the exception of chrome rings sandwiched between the ear pads and the frames (see this layout).

The all-black design looks really clean (all the colorways follow this pattern, whether you go green, blue-gray, white, or red), with a muted matte finish on the plating and very little glossy space for fingerprints to stick. The right cup, delineated by a small “R” on the hinge and a big “R” inside the cup, houses the Micro USB charging port, the 3.5mm jack, an LED indicator, and a single multifunction button, which controls power and pairing. On the back of the cup, there’s a rubbery multifunction touch pad featuring Kygo’s logo (more on that below). The logo also appears on the back of the left cup.

The earcups and band are layered in memory foam cushioning that’s absolutely sublime.

The earcups and band are layered in memory foam cushioning that’s absolutely sublime. Even though this reviewer has ears that stick out further than most — they didn’t quite fit snugly into the ear cups — extended wear never became annoying or uncomfortable at all. Despite no active noise cancellation to speak of, the cups do a great job of sealing sound in (and out), and at 11.3 ounces, the headphones are fairly light, too.

On a full charge, the A9/600’s battery lasts for more than 20 hours, a solid figure that makes them aces for long flights, though fair warning – they don’t shut themselves off after periods of inactivity like some newer wireless models. The actual hinges and plating on the headphones feel somewhat frail, but we expected some minor concessions at this price point.

Apart from the headphones themselves, you’ll get a silky drawstring carry pouch containing a charge cable and a 3.5mm cable of reasonable length. A proper protective case would have been nice, but we’re not stressing over it. The 3.5mm cable is woven, with a single-button inline remote, and feels quite sturdy.

Simply turn the headphones on and connect them via Bluetooth – accomplished with a five-second press of the power key — and you’re all set. For what it’s worth, you can pair up to two devices simultaneously and NFC speeds up the process if your phone supports it.

The A9/600 offer excellent value, but they’re not perfect. The Kygo Sound app offers EQ control, but in place of standard graphic EQ sliders you get a weird system in which you drag a little dot around a screen with four circles representing cities which apparently hold sentimental value for Kygo. Each of these cities is assigned a sound signature, and you can play with combinations to find a good fit. It looks cool, but … why? The app also downloads and applies firmware updates wirelessly, but the process took a long time — to the point where the headphones died mid-update (though they weren’t fully charged at the time).

Our biggest gripe is the somewhat counterintuitive touchpad on the back of the right cup. In theory, you’ll swipe your finger up or down to control volume, and swipe left or right to skip tracks, but it rarely worked as intended, and eventually, we just stopped using it. It’s not a deal-breaker, as you probably won’t find yourself in many scenarios where you can’t just pull out your phone, but it’s something we’d like the brand to improve upon.

Thanks to support for Apple AAC and Qualcomm AptX, wireless playback is reliable and clear, with strong shielding protecting the signal even in device-heavy offices or airports. In our testing, the headphones actually sounded a fair bit better and clearer over Bluetooth than wired up to our iPhone 6.  Credit the A9/600’s premium guts for that, and since their battery lasts long enough, going all wireless all the time should never be a problem.

The headphones do a great job of sealing sound in (and out).

In terms of sound quality, the A9/600 offer a rich, warm signature which (unsurprisingly) seems naturally tuned for house music. The midrange is supremely balanced, pushing vocals (especially female singers with higher vocal ranges) into the forefront, but not at the expense of clarity or power down low. The bass is smooth, toned down a bit by default — it’s solid no matter what, but you’ll want to activate the in-app bass boost if you want to truly bump — while the upper midrange is clear, allowing guitar plucks to attack with pristine precision. The headphones can get pretty loud, and we never noticed any distortion, even when the bass began to make our ears vibrate. The stereo imaging is decent; left-to-right separation is good, but you won’t notice much detail on the “Y” or “Z” planes.

Kygo Life product warranties follow country regulations. In the U.S., you’ll be covered for one year.

Kygo Sound’s A9/600 are an impressive pair of wireless headphones in that $200 range. They sound good, look great (the aesthetic and available colors are perfectly suited to streetwear pairings), offer good battery life, and they’re extremely comfortable.

There really aren’t too many great over-ear headphones at the $200 to $250 price point. The JBL Everest 710 are another good pair, but they’re not really better than the A9/900 at anything. At $250, the Focal Listen offer better sound quality, but they’re not wireless, and they’re a little gaudy. We’d also recommend checking out the Marshall Mid, which also come in a noise-cancelling version for a price bump. The Mid are loud and powerful, but offer a rock aesthetic rather than the A9/600’s EDM vibe.

If you keep these on your office desk, expect them to last a long time. If you’re constantly folding them up and throwing them in your bag, the hinges and plating might degrade.