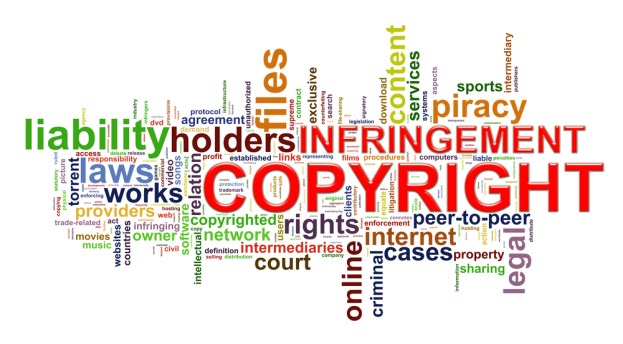 Once the undisputed monarchs of the TV industry, the television networks are under a siege of sorts. Internet-TV startups, video streaming services, and innovative DVR technologies are all hoisting cannonballs at their ramparts – but the biggest threat to their empire may be patrolling the high seas.

While researching this story we were introduced to a young man – let’s call him Robert – with a decidedly non-traditional approach to TV. Robert has virtually unlimited access to all his favorite shows, watching them whenever and wherever he wants. We’re keeping Robert’s identity private because he hasn’t paid out a dime to a cable or satellite provider for years, and he isn’t interested in attracting the wrong kind of attention. In his own words, here’s how he subverts the system:

“I utilize a program called Media Center Master. You point it to the folders you’ve created for your TV shows and it scans the shows and auto downloads all the meta data: season info, stills for episodes, etc. Also, you can do a search for a show you don’t already have [slated for download] and it finds the show info and will create the folder structure, download all related content and then ask you if you want to keep the show updated. Click yes, and it will auto-download current episodes, back episodes, or all episodes for you via its interface with uTorrent (a file sharing client)… Furthermore, if you set up uTorrent properly, Media Center Master will scan the completed downloads folder on a set time interval. If it finds a new show in that folder, it will rename it per a pre-determined naming convention and then move it to the correct season/show folder. It automates the entire process.”

By the standards of the U.S. Government, Robert is serial stealer – a larcenist on the lamb – but he doesn’t see himself that way. Though he admits that he’s acquired thousands of dollars worth of content via non-sanctioned methods, he doesn’t think what he’s doing should be illegal, nor does he feel that it’s unethical. Is Robert rationalizing his behavior, or does he have a point?

That question is a complicated one to answer. It’s easy to argue that he is hiding behind a computer screen, and is shielded from those he victimizes. On the other hand, it’s also easy to argue that he’s just using the technology available to him to create what broadcasters and service providers won’t allow consumers to have.

Either way, Robert’s story paints a picture of just how problematic pirated TV can be. After all, it has been a thorn in the side of the TV industry for decades

…all it takes is for one user to upload a file and make it available to others before millions suddenly have unauthorized access to it.

With respect to TV, piracy stretches all the way back to the mid 1970’s and the debut of the VCR. In the release of the device, network execs foresaw a new hazard to their business. If people could record broadcast content, they could then make copies – copies that would be easy to re-distribute. Whether that distribution was legal or illegal was immaterial. People would almost certainly break the law, and many companies began to worry about their bottom line. So in 1977, Universal City Studios, Inc. sued Sony Corp. of America, alleging that making copies of complete television shows – even those intended for personal use – was a violation of  copyright laws. By 1984, the case had made it all the way to the Supreme Court, but it was decided in favor of Sony Corp. VCR owners were free to press the record button to their heart’s content.

That case, referred to colloquially as the “Betamax Case,” created a notable precedent, and though few now dispute the court’s decision, it’s hard to deny that it opened up an ocean for modern day buccaneers.

Since it was legal to make hard copies of a program for “time shifting” purposes, it soon became legal to make digital copies for the same reason – a disquieting fact for the industry. Digital files, when compared to VHS tapes, were vastly easier to duplicate and distribute, and gave the pirates a swifter, more powerful ship to sail on: The S.S. P2P.

Throughout the early 2000’s, hosted peer-to-peer networks created gave the music industry a massive migraine by providing a forum for users to share music en masse. Soon people began to burn their own CDs and, as a result, the ones in the store weren’t flying off the shelf the same way. At this point, online piracy hadn’t reached TV’s shores in earnest, as the high-speed connections needed to quickly download video had yet to become standard. Combine that with major cases like A&M Records v. Napster (2001), and MGM v. Grokster (2005) – which were decided in favor of the content owners – and TV seemed safe for the moment.

Part of the problem with P2P sharing, however, is that it doesn’t need a hosted network. (It helps, but it isn’t required.) All it takes is for one user to upload a file and make it available to others before millions suddenly have unauthorized access to it. Of course, instead of one user doing so, you now have thousands – millions even – uploading the same file. Couple that with protocols like BitTorrent, which allow user to download small pieces of a file from multiple different users, and matters get even more complicated.

According to a report by The Wall Street Journal, roughly 4 million people watched each episode of the second season of HBO’s “Game of Thrones” last year – 38 percent more than during the previous season. Unauthorized viewing costs content distributors money to be sure, but the question of how to police such activity is an open one. Consider the case of Kathy Wolfe, highlighted in the aforementioned WSJ piece. Wolfe owns an independent film-distribution company called Wolfe Video, and spends over $30,000/yr – half her profit – to prevent piracy. That’s an absurd figure; and it has to make her wonder: Is it even worth it?

Despite more than a decade of costly legal attrition, it appears the industry has done little to stem the tide. In fact, it may have failed to even run in place. Security Firm Irdeto says that it detected almost three times as many instances of pirated content (14 billion) in 2012 as it did in 2009 (5.4 billion). This despite the “content cops” that networks and others are employing, whose sole job is to detect, contest, and eliminate as many unauthorized content links as possible. Their task is a bit like trying to shore up a leaky hull. You’re never going to plug up every leak; the goal is just to stay afloat.

It’s no secret that file sharing of copyrighted material is against the law, but to enforce our laws effectively enough to deter it in any meaningful way has become all but impossible.

Clearly, the public are largely heedless of the law as it pertains to file sharing. After all, many of us came of age when sharing was ubiquitous and have thus been desensitized to it. If it is in fact wrong, most Americans don’t seem to see it that way. Research Group Digital Life America surveyed 2,600 Americans in 2007 and – while 78 percent of respondents said stealing DVD from a store was a serious offense – only 40 percent viewed downloading a movie the same way.  When faced with a massive contingent of the population that’s willing and able to break the law, it’s difficult for enforcement to operate in any meaningful way. What typically ends up happening in such cases is that smaller fish are fried and made example of, while the bigger fish swim away.

Of the prosecutions listed as significant by the Department of Justice in 2010, according to CNET, only one concerned the distribution of digital media on the Internet. Meanwhile, record labels sued roughly 30,000 individuals from 2003 to 2007 alone. Nowadays numbers are harder to come by, but in the vast majority of cases, those being sued are those who have benefited from a system that facilitates illegal reproduction of content, not those who are responsible for creating and maintaining it.

It’s no secret that file sharing of copyrighted material is against the law, but to enforce our laws effectively enough to deter it in any meaningful way has become all but impossible. Well, we take that back. If all of the Internet service providers got serious about stopping it, they’d probably make some real headway – but what’s their incentive to do so?

In terms of the Internet, what the ISPs giveth, the ISPs can taketh away. So why aren’t persistent file-sharers being punished by their service providers? The answer is a bit complicated. We’ve seen Time Warner, Verizon, and Comcast jump on-board with a “copyright alert system,” that would collect the IP addresses of persistent file sharers. But the consequence for being flagged just aren’t all that serious. The “six-strike program,” as it’s often called, starts out with a warning letter (on strikes one and two) and culminates (after strikes five and six) with a temporary reduction in Internet speed and redirection to a landing page, pending a review of the situation. For now and for the foreseeable future, however, putting the kibosh on connections is out of the question.

In fact, in a blog post on Comcast’s website detailing the company’s “Copyright Alert System,” Susan Jin Davis, Vice President of Strategic Services, Communications & Data Services (CAS) said the company would not be cutting any of its customers off, and left throttling data speeds out of the conversation. ” [The] termination of a customer’s Internet service is not part of the CAS…our customers’ privacy is extremely important to us, and we worked closely with the CCI, and all of the other ISPs, to ensure the CAS was designed so that content owners will not have access to any customer’s personal information.”

It’s important to remember that the ISPs don’t really have skin in this game. Ergo, it’s unlikely that they’ll take any action that alienates their customer base. In large part, the alert system got off the ground because ISPs saw it as a more palatable alternative to having their customers sued silly. ISPs these days are subject to a near-constant stream of subpoenas, a state of affairs that Comcast pushed back against last year, when it refused to comply with certain orders, arguing that the litigation has gotten out of hand. Think about it: What company wants to be complicit in attacking the finances of its own customers?

So now we’ve circled back to where we started – with a global issue. Copyright laws, privacy laws, and definitions of intellectual property vary on a country by country basis, yet the Internet provides a quick and easy portal between virtually any point A and B you can think of. In other words: If enforcement is lackluster anywhere, it’s lackluster everywhere. Short of a 24/7 global task force with unlimited resources, nothing is stopping this runaway train. And how many of us really want  to commit that kind of time and energy to halting illegal file-sharing anyway?

It’s a classic kobayashi maru. The only way to win is to change the game, and that’s pretty much set in stone. For the foreseeable future, our friend Robert will probably keep clicking away, comfortable on his couch, perhaps crumpling up a warning notice every now and then, while elsewhere, an army of lawyers will continue to their crusade to deter people like him – and round and round we’ll go.

So: How do you solve a problem like piracy when you have a rock on one side (we can’t stop it), and a hard place on the other (we can’t allow it)?

Take to the comments section and have a crack at this catch 22.