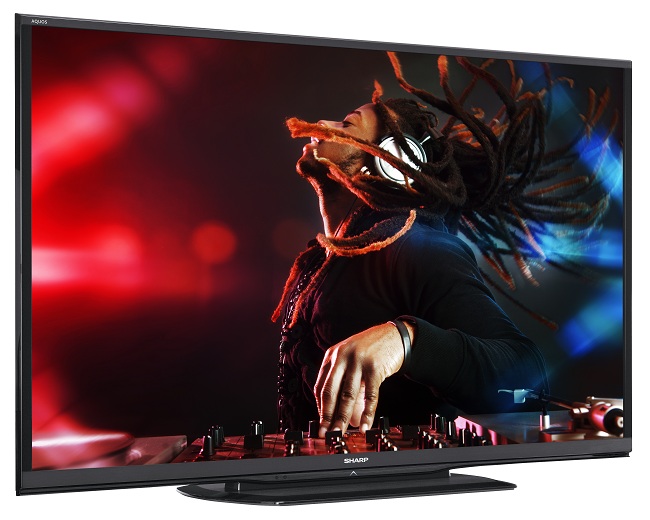 It has been a very busy and tumultuous twelve months for Sharp Corp.; one in which the struggling Japanese consumer electronics giant has been forced to seek out capital investment to stay liquid, stabilize its balance sheet, and seek out new partners. Sharp’s purchase and relaunch of the Elite brand from Pioneer was applauded by industry experts who saw it as a bold move to counter the premium offerings from rivals Panasonic and Samsung. But the jury remains out on whether the small, super-expensive premium line will really grab hold. Sharp may dominate the 60-inch + HDTV category, but it’s financial lifeline is its IGZO technology, which is prized by smartphone and tablet manufacturers.

Much to the chagrin of Apple – for whom Sharp has supplied high-resolution screens for the iPhone and iPad – Samsung has come to Sharp’s rescue with a $111 million cash infusion and a 3% ownership stake in the company. Samsung’s modest investment in Sharp makes a lot of sense for a number of reasons: it stops Apple and Hon Hai from gaining exclusivity over Sharp’s technology, it makes Sharp a partner, and Samsung can now use Sharp as a long-term supplier of LCD screens for its Galaxy Note and Tab tablets, laptops, and HDTVs, allowing it to focus more energy on its OLED technology. Cash is king when you are deep in the red.

With all of that going on in the background, Sharp still managed to unveil a new line-up of its AQUOS LED Smart TVs at CES 2013, including the brand new 6-series which begins shipping today. The 80-inch model starts shipping in May.

The 6-Series includes four different models in screen size classes of 50-, 60-, 70- and 80-inches (LC-50LE650, LC-60LE650, LC-70LE650 and LC-80LE650) and features the AQUOS 1080p LED display with advanced pixel structure for “stunning HD images” with a claimed 4,000,000:1 contrast ratio and 120Hz refresh rate. A smart TV aremed with a dual core processor, the 6-Series features built in Wi-Fi, apps, a web browser and a range of smart control and connectivity options. Its slim design and thin frame mean you can fit more screen in less space.

Sharp has done a good job with its larger HDTVs; especially its award-winning LC-90LE745U 90-inch 3D LED behemoth, which seems like a bargain at $11,000 compared to the $20,000 that LG wants for its 84-inch 4K/Ultra HD television. The LG may offer better picture quality, but with no 4K content or players available yet, it almost seems silly to invest in it at this early stage in the game. The 90-inch Sharp offers a projector/screen experience with fewer installation issues and excellent picture quality.

All units in the 2013 AQUOS large-screen lineup will be Smart TV’s with dual-core processors, Web browsers and built-in Wi-Fi. Sharp’s SmartCentral Smart TV platform provides a way for consumers to access virtually unlimited Web-based content. SmartCentral includes an expanded selection of apps, Flash and HTML5-supported Web browsing and Android and iOS remote control operation. Also featured is Sharp Beam, a free app that enables users to send content from iOS and Android smartphones or tablets to the big screen with a flick. The new feature gives consumers the ability to split screens for simultaneous TV viewing and Web browsing.

How to get sports updates from Alexa

Stop worrying so much about benchmarks when buying a new GPU