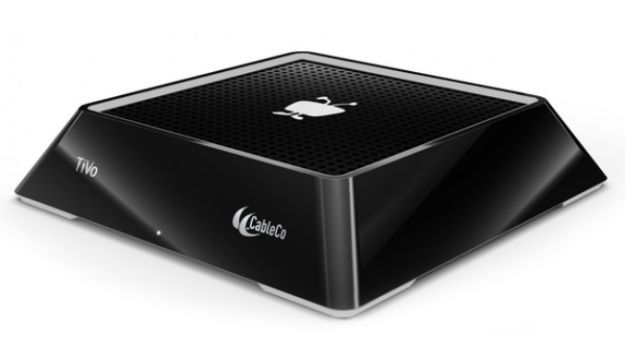 The folks at TiVo have been pumping the Mini DVR extender for long enough that we were beginning to wonder if folks were ever going to  get their hands on it. The good news is that the wait is over as TiVo has announced the Mini is now available for purchase, but before you rush out and buy one, there are a few details you should be aware of.

The $100 Mini is designed to work with TiVo’s Premiere 4-tuner DVRs to provide streaming live and recorded TV to a second television.  Should you own a standard Premiere with 2-tuners or a Premiere XL, you are out of luck. The TiVo Mini DVR extender only works with the 4-tuner Premiere 4 ($250 plus service) and the Premiere 4XL ($400 plus service).

The new Mini has a faster processor than the current-generation Premiere models; which makes us wonder if the next generation of DVRs might be just around the corner. From a business perspective, it is possible that TiVo left 2-tuner users out in the proverbial cold to…ahem…encourage them to upgrade to the more expensive models currently available or forthcoming. Regardless, the early word is that the Mini streams recorded content faster than any TiVo box so far, but suffers from some lag when channel surfing live TV.

The other issue with the Mini is that it doesn’t support WiFi,  nor does it include component or composite A/V cables (they are available, but as a separate purchase). As expected, HDMI support is supplied for that brand new HDTV you suffered in the cold for on Black Friday. The Mini must be connected via Ethernet or MoCA (no, not the Starbuck’s drink but Ethernet via a coaxial cable), and if your existing Premiere 4 or 4XL can’t reach your router, you’ll require a MoCA network adapter to make it all possible.

Another strange omission from the Mini is support for Netflix. Don’t go crazy trying to look for it in the menu because it doesn’t exist yet. Premiere 4 and 4XL users should also be aware that the Mini turns the 4-tuner DVRs into 3-tuner DVRs, limiting how much content you can record at the same time; which means that users who planned on adding three Mini DVR extenders might want to rethink that strategy unless they rarely record more than one show at a time. TiVo has hinted at dynamic tuner allocation in the past, but it doesn’t appear to be available yet.

The TiVo Mini DVR extender should be available at your local Best Buy or online.