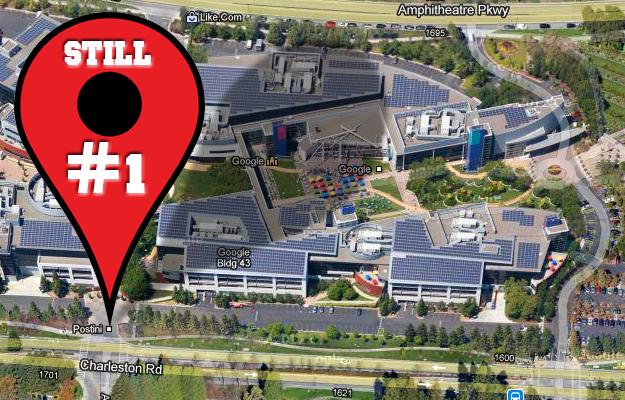 Google Maps has experienced a pretty satisfactory existence up until recently. It was the only go-to for applications integrated mapping needs, and then suddenly it wasn’t. New contenders like OpenStreetMap and Apple’s forthcoming 3D maps are ready to give it some competition.

Google is ready to strike back with a Maps refresh, however. According to a recent invite, Google plans to unveil the “next dimension” of Google Maps June 6 – just before Apple will likely reveal its own three-dimensional take on maps at WWDC.

The 3D-ification of maps is an important step for Google, which has recently lost some developer interest to free or lower cost options. And then of course, there are two big names in digital culture eschewing Google Maps for more closely aligned applications: Facebook has long used Bing and Apple is expected to drop Google Maps for its own client very soon. Foursquare also switched to OpenStreetMaps recently.

It’s easy to get swept up in the idea that developers are bailing on Google Maps. It makes for a great story: here’s this Web product that we’ve been relatively dependent on since its launch, and without any major call to action, other options have started appearing out of the woodwork and doing a pretty admirable job of finding customers. There weren’t any challengers, and then there were. But pundits have been a little too quick to predict the end of Google Maps. In short, here’s why:

It has veteran status

Having time on your side when it comes to digital mapping is a bonus. Google’s had plenty of time to collect the necessary data to develop Maps as well as a system in place for collecting and implementing this data. This means it’s also able to build on top of that to offer a more fully featured client.

Google Maps has lots of integrations with other popular Google products that give it legs to stand on. Street View, Google Local, Indoor panorama views, MapsGL (its new 3D photo tours for landmarks and buildings), Google Offers, real-time traffic updates… it goes on. These tools feed into the usefulness and experimentation of Google Maps and that makes it more than just a basic mapping service.

Big names and a focus on mobile

It’s become a force to be reckoned with when it comes to mobile mapping. Last year, it reached 200 million installs on mobile. Yes, I realize that once Apple and the iPhone have their own mapping solution there will be some a very new hurdle for Google. But you can’t discount Android’s success. Yes, there are some major flaws and fragmentation within the Android ecosystem, but in the wake of RIM’s failures, Windows Phone’s struggles, and Android’s grab of the remains of WebOS, there’s plenty of life and momentum to be found.

Google has been accused of price-gouging with its recent Maps API price hikes, but if that’s the main reason it’s lost customers recently, that’s not the end of the world. It just has to make the cost worth it to developers, and by all accounts it plans to do that. It’s been leading the charge with indoor GPS, a feature that is dumbfoundingly lacking, and will reveal its new 3D element next week.

Google Maps isn’t going to go the way of Mapquest – still a decent option, but massively less popular than it used to be. Google clearly intends to keep on funding it, and the application is going to remain at the top of developers’ lists and on plenty of smartphones – even iPhones. New features and familiarity mean iOS users will download the app, even though it’s not natively included.

It’s fun to talk about the death of Google Maps and the rise of new options – but it’s unrealistic. At the end of the day, Google hate only goes so far.