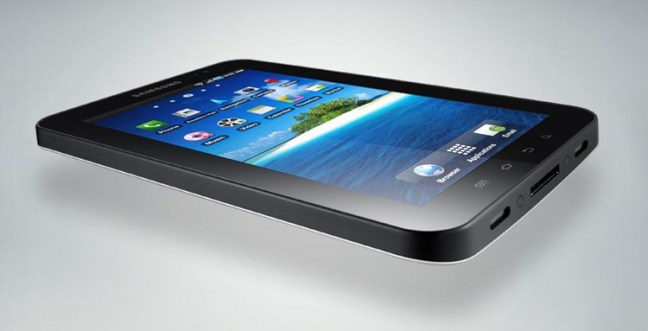 Tablet computers powered by Google’s Android operating system caught fire during the last few months of 2010, increasing market share by almost tenfold, according to a new report by Strategy Analytics. Google captured 21.6 of the global market share during the fourth quarter of 2010, way up from a third quarter share of 2.3 percent.

Despite the big gain, Android has a long way to go to catch Apple’s tablet offering. The iPad retained a healthy 75.3 percent of the global market during the fourth quarter of 2010. While the iPad still dominates (and may continue to do so, in spite of Android’s best efforts), its position did slip significantly from the third quarter when it retained 95.5 percent of the global tablet market share.

“The Samsung Galaxy Tab was the main driver of Android’s success, as the model was launched in dozens of countries and promoted heavily by Samsung,” Neil Mawston, director of Strategy Analytics, claims. In December, Samsung revealed that it had sold one million Tabs since the device’s launch in October. Then in early January, Samsung announced that it had sold some two million Galaxy Tabs. However, the company recently hedged itself, saying that those numbers don’t represent actual sales to consumers, but rather number of units shipped to retailers. In a report by The Wall Street Journal, a Samsung executive is quoted as saying that actual sales of the Tab to consumers have been “quite small.”

Even if sales of the Galaxy Tab haven’t been as robust as we’ve been led to believe, Android tablets as a whole have a good chance of continuing to chip away at the iPad as we move further into 2011. This year’s Consumer Electronics Show (CES) saw the unveiling of more than 80 tablets set to be launched in the coming months. That’s a lot of competition for the iPad to deal with. “Tablet makers like Android because of its perceived low cost and an accompanying range of compelling media services such as YouTube and Google Maps,” Mawtson said. But the oncoming wave from Android may be a double edged sword for the operating system. As devices flood the market, Android runs the risk of experiencing the same sort of fragmentation criticisms that are leveled at the Android smartphone market.

Google is expected to debut Android 3.0 Honeycomb next month on Motorola’s Xoom tablet. Honeycomb is the first iteration of the Android mobile operating system geared specifically for tablets. Apple, for its part, is expected to launch its second-generation iPad sometime in the coming months.

Topics
Video-editing app LumaFusion to get a Galaxy Tab S8 launch
These 5 features turned my iPad into a shockingly good computer
Samsung Galaxy S23 Ultra vs. iPhone 14 Pro Max: Apple better watch out
This Galaxy S23 Ultra case gives Samsung users a huge iPhone 14 feature
How the Galaxy S23 copies the iPhone, and why it’s great
AirPods Pro are back down to their cheapest-ever price
I love (and hate) this stunning iPhone 15 Ultra concept
Samsung Galaxy S23 vs. iPhone 14: Apple’s grip is starting to slip
Strap a Samsung Galaxy Watch 5 Pro on your wrist while it’s $50 off
There’s a huge sale on Kindle e-readers happening today
Going to pre-order the Galaxy S23? Don’t miss these deals
Best Google Pixel Deals: Pixel 7, Pixel Watch, and Pixel Buds
OnePlus wants to tempt you back to Android tablets with the OnePlus Pad