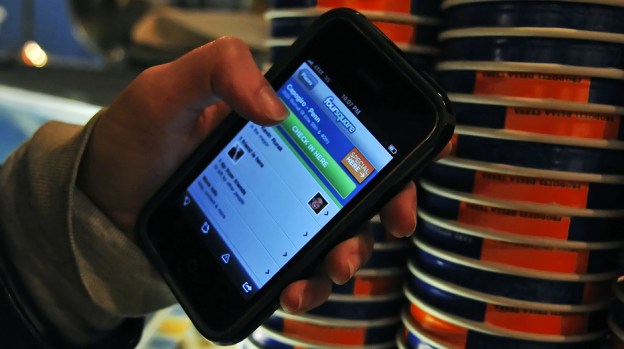 On Tuesday, Foursquare announced a partnership with five daily deal sites including LivingSocial, Gilt Groupe, Zozi, AT&T and BuyWithMe, according to the Wall Street Journal. Foursquare is also actively negotiating with Groupon to integrate its feed into the daily deals. When a user checks into a restaurant or shopping store, they will be presented with a daily deal based on location. Foursquare gets revenue from the sale of each deal, but the share is unknown at this time. If successful, this social distribution model for daily deals would help Foursquare create a positive stream of revenue to appease investors. While LivingSocial and Groupon offer a wide variety of deals, Gilt Groupe offers discounts on luxury stores and Zozi offers discounts on activities within a city.

Foursquare has its own internal deal program with half a million merchants signed up to offer check-in bonuses, but the company lacks a large sales force to drive daily deal creation and marketing. However, Foursquare has a large database of check-ins that it can compare against the aggregated feed of daily deals from its affiliate partners. Users of the Foursquare service are going to be exposed to more advertising with this new model, but it’s likely that Foursquare will create options for controlling the frequency of deal notifications after the recent overhaul to its notification system.

Foursquare is currently valued at 600 million dollars after the company raised an additional $50 million in funding during June 2011. Foursquare believes that the conversion rate for daily deals will be much higher with location-based notifications over traditional email marketing that’s used by Groupon and LivingSocial. The Foursquare service competes directly with AT&T’s location based deals, but AT&T is welcoming the chance to reach coupon purchasers outside the realm of AT&T service. Foursquare is also facing competition from Facebook and its recent foray into daily deals as well as Google Offers, AmazonLocal and Groupon Now.

Video-editing app LumaFusion to get a Galaxy Tab S8 launch
How to reset Apple AirPods and AirPods Pro
Razer’s 5G-enabled handheld gaming system is getting a public release
This new Google Lens feature looks like it’s straight out of a sci-fi movie
Experts warn AI assistants are hurting the social development of children
Google gives Maps’ Immersive View a boost and adds a new vibe feature
What to expect from Google’s October 6 event: Pixel 7, Pixel Watch, and more
iPhone 14 Pro vs. iPhone 14 camera battle shows why small details matter
How to hide photos on your iPhone with iOS 16
Does the iPhone 14 have an always-on display? Know this before buying
Reverse wireless charging on the iPhone gets one step closer to reality
The OG App, an ad-free Instagram client, is no longer on the App Store
The best phones for 2022: Which smartphone should you buy?