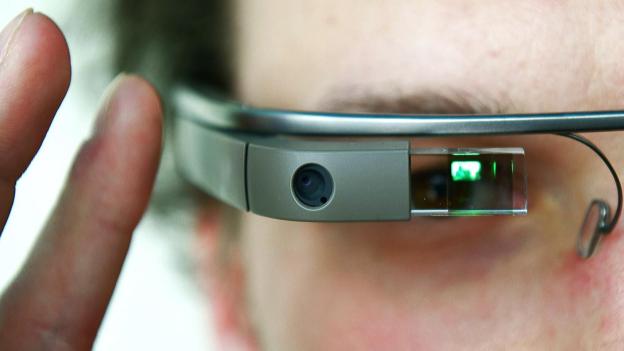 Privacy concerns surrounding Google Glass show little sign of easing with news that officials across six nations have contacted the company in a joint letter which sets down a series of questions they want answered about the head-based tech.

The letter comes in the same month that Google CEO Larry Page – to whom the letter is addressed – told shareholders that privacy issues regarding the device are “not that big a concern,” though for officials in Australia, New Zealand, Canada, Mexico, Israel and Switzerland, they clearly are.

The Mountain View company’s high-tech specs, which are capable of capturing images and recording video, are currently being tested in the field by a number of engineers and developers. The device is expected to get a commercial release some time next year.

Despite extensive media coverage surrounding the tech, the authorities behind the letter are clearly frustrated that up to now they have had no opportunity to engage in any “real dialog” with Google about privacy concerns with Glass.

“To date, what information we have about Google Glass, how it operates, how it could be used, and how Google might make use of the data collected via Glass largely comes from media reports, which contain a great deal of speculation, as well as Google’s own publicizing of the device,” the letter said.

Those represented in the correspondence said that while they are aware similar devices are being developed by other companies, Google is “a leader in this area.” Despite this, “most of the data protection authorities [in this letter] have not been approached by your company to discuss any of these issues in detail.”

The letter listed eight questions it would like answered, including how Google Glass will comply with data protection laws and how it will share information collected via Glass. It also asks if Google is doing anything about “the broader social and ethical issues raised by such a product, for example, the surreptitious collection of information about other individuals.” The Mountain View company was recently named as one of the Internet firms which has been sharing user data with the NSA as part of its PRISM surveillance program.

The final question in the letter may leave some wondering if the authorities haven’t simply got caught up in the buzz surrounding the specs and would like nothing more than an early hands-on with Glass: “Would Google be willing to demonstrate the device to our offices and allow any interested data protection authorities to test it?” it asks.

The letter ended, “We would be very interested in hearing about the privacy implications of this new product and the steps you are taking to ensure that, as you move forward with Google Glass, individuals’ privacy rights are respected around the world.”

News of today’s letter comes a month after a Congressional privacy group in the US also contacted Larry Page on the same issue.

While up to now Google’s usual response has been along the lines of hey, this is new tech we’ve got here, we don’t even know how it’s going to turn out so let’s see where it goes, it may well be time for Larry to take a set of his AR specs along to some meetings with concerned parties, together with some soothing words to allay privacy fears.

Topics
Video-editing app LumaFusion to get a Galaxy Tab S8 launch
My favorite phone of 2022 didn’t come out this year — it’s from 2021
Google Pixel 7a: release date, price, specs, and all other rumors
Today’s best deals: TVs, laptops, iPads, robot vacuums and more
Update your Google Pixel 7 now for three big security and audio features
OnePlus 11’s controversial design returns in new ‘official’ renders
The Nothing Phone is finally coming to the U.S., and I can’t wait
It’s 2022, and customizing my iPhone is still horrible
Best over-the-counter hearing aids for 2022
Save $70 on the Fitbit Versa 4 when you buy it today
Twitter’s downfall made me look for alternatives, but they just made it worse
Apple Music Sing brings karaoke singalongs to iPhones, Apple TV
How to buy over-the-counter hearing aids