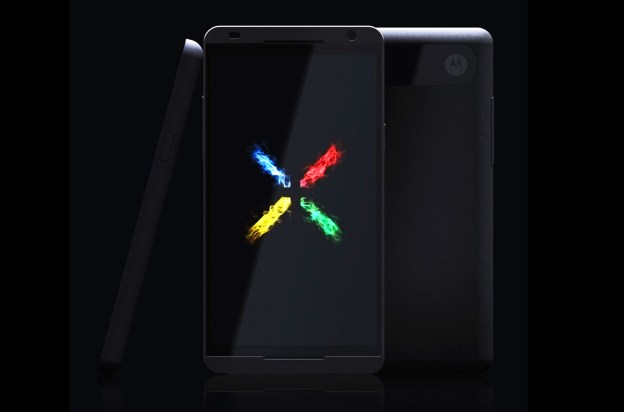 As you may know, Motorola Mobility is gearing up to launch its first flagship phone – the much-anticipated Moto X – since Google acquired the company last year.

And judging by the amount of money the Web giant is reportedly set to spend on marketing the device, failure of this smartphone to capture the imagination of consumers is not an option.

The Wall Street Journal said Wednesday Google is preparing to fork out up to $500 million – that’s right, five-hundred-million-dollars – on marketing the device in the US and Europe.

Now, I’m not entirely sure how much tech companies usually spend on marketing their mobiles, but half a billion bucks sure does sound like a lot of lettuce, and consequently should result in significantly more than a few bus shelter posters and a quarter-page ad in the shopping section of the Stamford Advocate.

For that kind of money, Google can go big time – a 30-second ad during the Super Bowl, for example, is said to cost around $4 million, and that’d still leave it with $496 million to play with.

In an effort to build some momentum prior to launch, Google kicked off the advertising campaign for the Moto X last week with an ad that appeared online and in a number of national newspapers.

The ad, which didn’t show a picture of the phone but did show two people jumping into a lake, included the text, “Designed by you. Assembled in the USA” – two selling points (apparently) that Google will likely be highlighting repeatedly until the fall, when the device is expected to hit stores.

Citing people familiar with the matter, the WSJ says the Moto X will launch with all four major US wireless carriers — AT&T, Verizon, Sprint, and T-Mobile – and will come with a price tag comparable to its high-end rivals – think iPhone, Galaxy S4, HTC One.

Motorola has also managed to strike a deal with carriers to reduce the amount of bloatware on the device, the WSJ said.

There’s certainly a lot resting on the Moto X – Google’s hefty marketing budget is clear evidence of that. However, while slick ads are all well and good, most consumers will want to find out more about the specs and hold the device in their hand before considering choosing it over a rival handset.

You can check out the latest Moto X stories here, while DT’s Simon Hill offers his take on whether the upcoming device has any chance of getting Motorola back into the smartphone game.