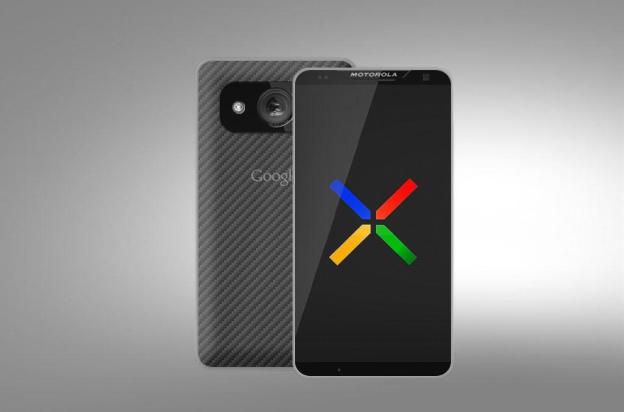 It has been a long, cold winter for Motorola. Thousands of jobs were cut since Google took over in 2012, sales continue to disappoint, and the company is no longer competing with the big players in the mobile market. All pressure is on the Moto X, Motorola’s next flagship phone. It will have to impress to change the company’s fortunes. But can it?

Motorola was founded way back in 1928, although it had the considerably less catchy moniker of Galvin Manufacturing Corporation for the first two years of its existence. It got into radio and then televisions early on, but it became best known for telecommunications. Neil Armstrong spoke his immortal “one small step” line from the moon using Motorola equipment in 1969 and just four years later the company showed off the world’s first hand-held portable telephone.

It would go on to produce the world’s first commercial cellphone – the DynaTAC 8000X – in 1983. A string of hits followed through the 90’s and into the new millennium. Motorola really led the mobile industry in the early years, but its last great success was the ubiquitous flip phone, the Motorola Razr, released in 2004. The smartphone revolution left Motorola behind and, after leaking billions in losses, the company split in two in 2011. A few months later Google bought Motorola Mobility for $12.5 billion.

Phoenix from the ashes?

Anyone who expected Google to revive Motorola Mobility with a quick shot of innovation was soon disappointed. There was speculation that the acquisition had been about patents rather than hardware, but Google’s chief financial officer, Patrick Pichette, shed some light on the situation when he spoke at the Morgan Stanley Technology conference back in February, “So Motorola has this great set of assets but it has a pipeline of products that were fine but not really to the standard that Google would say is ‘wow, innovative, transformative’,” he explained, before adding, “we’ve inherited 18 months of pipeline that we actually have to drain right now while we’re actually building the next generation of product lines.”

The Moto X is the light at the end of that pipeline, but can a single high-end phone turn things around?

It needs the X factor

If the Moto X wants to muscle into the current landscape, which is dominated by Apple and Samsung, then it really needs to stand out. It has to offer something genuinely different from the Android crowd. It can’t afford to have a catch, it needs to be free of downsides, and it should be available on all carriers. We’re talking about changing the public’s perception of Motorola. Proving that it’s not a has-been and the well of innovation has not run dry.

Clever marketing is going to be part of it, but if Motorola doesn’t put a device in people’s hands that gives them the wow factor Pichette was talking about, then it will never be enough.

You can take a look at the Moto X rumor roundup for a taste of what we might see. The trick is to make something that consumers simply must have, and that means bringing together a lot of perfect design with at least one killer USP.

The Moto X has a lot to get right, but it could really turn things around for Motorola.

According to Motorola head, Dennis Woodside, who spoke at the D11 conference in late May, the Moto X is the complete package. He talked about a smartphone that is “contextually aware.” It knows when you take it out of your pocket because it has sensors. It can use the accelerometer and gyroscope to determine that when you raise the Moto X and hold it in a certain way, you want to take a photo. Instead of waiting for you to launch the camera, the phone will do it automatically. It can tell when you’re in a car and automatically launch a safe driving mode.

The idea sounds like the hardware equivalent of Google’s ethos with the Google Now service, which aims to pre-empt your desires and fulfill your needs without you having to ask. If the predictive intelligence is accurate, there’s no denying this is an exciting prospect. It would also really differentiate the Moto X from the Android field.

Motorola isn’t relying on the sensor to sell the Moto X. We can expect it to be backed up with great battery life and durability, two pain points for mobile consumers that Motorola has been working on in recent years. Woodside hinted at D11, that pricing could be a surprise as well, “One of the areas that we think is really open for Motorola is building high-quality, low-cost devices. The price of a feature phone now is about $30 on a global basis. The price of a smartphone is about $650. That is not going to persist.”

Woodside also revealed that the Moto X will be manufactured in the U.S. and that means fast turnaround and flexibility, should Motorola end up with the kind of meteoric hit it’s hoping for. It should also win the company some fans, impressed by home turf job creation and good working conditions, two things that America’s other major player, Apple, has been working to sort out in recent months.

Rather than a single device, we could be looking at a new line. Different specs and customization options should allow Motorola to hit different demographics. We will also see a break from Motorola’s special relationship with Verizon. Woodside said, “The Moto X is going to be broadly distributed – that’s a first for Motorola in a number of years. The support of the carriers has been fantastic.”

Can it all come together?

We think it can. The Moto X has a lot to get right, but it could really turn things around for Motorola. A question mark remains about the version of Android we’ll see, early rumors suggested it could launch the next version of Android and that would certainly be a boost. The carrier support suggests that this will not be a stock Android device and Motorola doesn’t have a great history with software on its phones, although it has demonstrated a lighter touch recently.

If Motorola can get the user interface right, produce a solid, durable phone with great battery life, attractive pricing, and jaw-dropping predictive intelligence then we could all be saying “Hello Moto.”