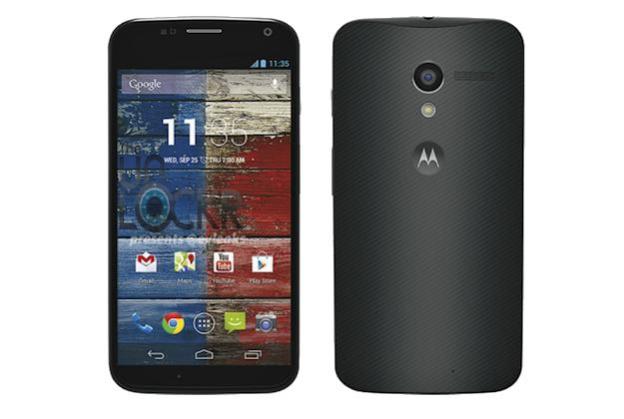 It has been a long time since the tech world got all over excited about what promises to be a mid-range smartphone, but that’s the situation with the Motorola Moto X, a phone which is due to make its official debut very soon. How soon? Motorola has sent out invitations to an event on August 1, and there’s nothing to disguise the topic of conversation, as the Moto X name is plastered across the artwork.

Due to the length of time we’ve been hearing about the Moto X, there’s a lot of information on the device and its key features out there already, so here’s a run down of what we know, and think we know, about the first smartphone to come from Motorola and Google’s engineers.

How about the spec?

We’ve called the Moto X mid-range, as that’s the definition which currently suits it best. That doesn’t make it a bad phone, it’s just the spec list won’t touch the Galaxy S4 or the HTC One. Back when the Moto X was known as the X Phone, early rumors speculated about a super-high spec, including a Snapdragon 800 processor, sapphire glass over the screen, and a 4000mAh battery. The most recent reports paint a more modest picture. The size of the screen could be 4.7-inches, although other reports state 4.5-inches is a possibility, and the resolution is almost certainly going to be 720p, much like the Nexus 4.

The processor set will likely mirror Motorola’s new Droids, with an octa-core, split design. We expect a dual-core chip for app processing, a quad-core processor for graphics, a core for language processing, and a core for sensors. It will likely have 2GB of RAM and 16GB of storage, as well. The camera will likely be the same 10-megapixel shooter in the new Droids, while Android 4.2.2 seems to be the OS version of choice. Other rumored features include NFC, a 2200mAh battery, and a 2.1-megapixel video call camera.

If you’re wondering why Motorola hasn’t gone all out, specs wise, with the Moto X, it’s likely to do with the device’s final price.

What’s it going to cost?

There has been talk of a $200 price tag with a two-year contract for the Moto X, along with a $600 SIM-free cost, but if the specs above are accurate, then this would be much too expensive. Other, more sensible, reports put it at the same level as the Nexus 4, at about $300 SIM-free. As the Nexus 4 has a slightly higher specification, but with a Google subsidized price tag, this makes sense. A rumor from sources in China suggests the 16GB Moto X will cost $300 SIM-free, or $350 for the 32GB edition. The same sources say these prices will be repeated in Europe, so expect 300 euros for the 16GB at 350 euros for the 32GB Moto X.

The Wall Street Journal says the Moto X will have a price which is, “Comparable to its competitors,” then goes on to list the iPhone 5, the Galaxy S4, and the HTC One. This fits in with the early reports, but we’re not sure the Moto X is really competing with those phones. The same article says it has been informed all major U.S. networks – Verizon, AT&T, Sprint, and T-Mobile – will be carrying the Moto X. Apart from being able to purchase the Moto X through your local mobile store, the phone should be available online through Google Play, or a dedicated Motorola site.

Build your own Moto X

Ever since Guy Kawasaki said how cool it would be if our phones were as customizable as a Porsche, the Moto X has been linked with talk of personalization. The world has been anticipating news on just how deep we’ll be able to take this, while Motorola has fanned the flames by mentioning it in its first print advertisement, and tweeting a picture of a cup of coffee with the line, “Some things are just better when they’re designed by you.”

However, any dreams of specifying the amount of RAM, the processor, or even the apps which come pre-installed were crushed when an article detailed what Motorola was planning for the Moto X and its customers. Anonymous sources stated the case and trim would be available in various colors, while buyers could have the back engraved with a phrase of their choice, then upload a photo which would be added as the phone’s wallpaper.

More recently, another rumor has surfaced saying there would be a wide range of materials for buyers to choose from, and the Moto X’s rear panel could be made from wood, ceramics, and metal. TechCrunch notes Motorola’s trademark Kevlar rear panel could be one of the options. The plastic version we’ve seen in various photos, including in the hands of Google chairman Eric Schmidt, will be the default option. The custom versions of the Moto X may only be available through Google Play or a dedicated Moto X site, while in-store, a plastic black or white version of the phone could be sold.

Naturally, the Moto X will be running Android, but the question is, which version? Android 4.2.2 has been present on almost all the leaked spec sheets, but with a Google event taking place just before the launch of the Moto X, it’s a possibility it may run Android 4.3, which Google may announce beforehand.

Even if it is running Android 4.2.2, it may have some unique features all of its own. For a start, the Moto X’s Android OS could be free of any Motorola user interface, and operate an almost stock version instead, just like the Nexus range. This Wall Street Journal report says Motorola has, “Minimized the amount of software and apps that wireless carriers will pre-install on the Moto X,” which is also good news. There’s a good chance a Moto X purchased without a contract will come without anything superfluous installed.

A leaked video from Canadian network Rogers shows the Moto X’s voice command features, and a gesture control for the camera. The Moto X looks like it will be listening all the time, and a simple “OK Google Now,” wakes the device and can be used to activate weather, navigation, and the browser. A new notification system was also demonstrated, while the camera app opens after a couple of flicks of your wrist.

Finally, a video has been posted on YouTube showing the animation which greets users when the Moto X is switched on. Check it out below.

Hints of Moto X found in the Motorola Droid Ultra

Verizon announced the Droid Ultra, Droid Maxx, and the Droid Mini recently, and the new devices include several features previously associated with the Moto X. For example, the voice command system, referred to as, “Touchless control” was included, allowing you to wake and command your phone just by saying, “OK Google Now.” The Droid phones are always listening, which isn’t as sinister as it sounds, it just means you don’t need to press a button to wake them up.

A new camera app was shown off, which looked very similar to the one seen in the Rogers demo video, plus Active Display briefly shows notifications on a small section of the lock screen to conserve battery power. Active Display is also clever enough not to make notifications appear when the phone is in your pocket, or face down on a table. Leaked screenshots seem to confirm the Moto X’s ability to change modes based on GPS and you calendar, so if you’ve got a meeting planned, it’ll automatically silence the phone.

A lot is being made about the Moto X being assembled in Fort Worth, Texas, despite it meaning little to anyone who doesn’t live in the U.S., and patriotism was the prime feature of Motorola’s initial print teaser – part of a $500 million marketing campaign – which was published over the July 4 weekend. Subsequently, Motorola tweeted a picture of an engineer hard at work in a factory, saying, “Yep, this guy is building exactly what you think he is. Designed by you. Assembled in the USA. We’ll have to wait and see if this translates into more domestic sales after the phone’s release.

When’s it coming out?

We’re almost certain the phone will be announced on August 1, so when will it go on sale? The leaked Rogers video said the phone would be out in August, while a document supposedly from Verizon indicates August 23 will be the big day. A similar document from US Cellular has the Moto X down for August 26, so it’s a safe bet we’ll see the phone on sale before the end of the month. That said, Motorola CEO Douglas Woodside said in an interview the phone would be out in October, so it’s not final yet.

There’s still plenty we don’t know about the Moto X, and because of Google’s involvement, some of the news revealed at the event could be really exciting. For example, the question of the phone’s sensor array (will it be able to switch functions when it realizes you’re in a car going a certain speed), software updates, and even if it’s the first in a line of models has yet to be answered. So even though this rumor roundup is fairly extensive, the Moto X still has the potential to surprise and delight us on August 1.

Rewritten 7-26-2013 by Andy Boxall: We’ve learned so much about the Moto X in recent weeks that we decided to revamp our Rumor Roundup from top to bottom. Enjoy!

Updated 6-4-2013 by Joshua Pramis: We’ve added new concrete ‘facts’ to the roundup, thanks to a Motorola appearance at the D11 conference. Other rumors have been added, removed, and tweaked to reflect the newest information we have.