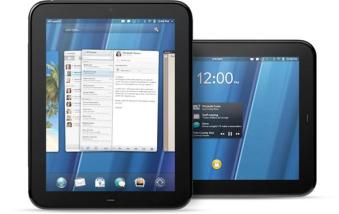 On July 1 this year, Hewlett-Packard launched the 16GB TouchPad tablet at a cost $499, mirroring the price of the equivalent iPad. Just over a month later, HP knocked $50 off the price tag.

A few days after that, another $50 was knocked off, bringing it down to $399. Then it emerged that electronics retailer Best Buy was bursting at the seams with unsold TouchPads, having shifted only 25,000 of 270,000 units held at its stores.

The next day, Hewlett-Packard announced it was leaving the PC business and would no longer be producing smartphones and tablets.

Now Daily Tech is reporting that from Saturday, in Canada at least, the 16GB TouchPad will be available for just $99, with the 32GB version being cut from $499 to only $149. Canada’s largest electronics retailer, Future Shop, is already showing the new prices on its website. The Canadian Best Buy website is also showing the sell-off price.

The US Best Buy website is, at the time of writing, still showing the old prices. But with around a quarter of a million of the devices clogging up Best Buy stockrooms across the country, one assumes it’s only a matter of time (hours? minutes?) before it puts the rock-bottom price tag on the tablet too. One thing’s for sure, they’re never going to shift them at $399. The websites of other electronics retailers in the US are also continuing to show the old price.

There are bound to be plenty of consumers out there who’ll be tempted by the sub-$100 tablet. They might purchase one as an investment, believing it’ll be an item of interest to collectors in 30 years or so. They may be curious to take a closer look at its WebOS operating system. Or they might simply be on the hunt for an unconventional table mat.

If you’re interested in getting one, keep your eyes peeled. The fire sale is about to begin.

HP’s Surface Pro alternative is down to only $400 today

This Alienware gaming PC is on clearance at Dell — save $580!