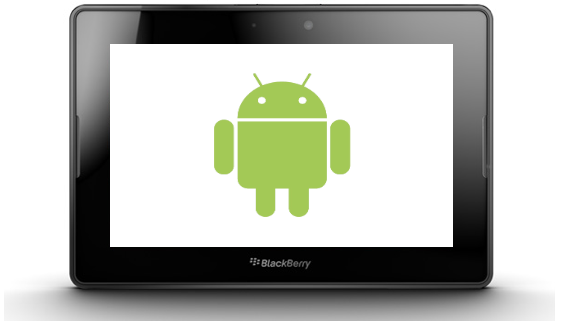 As information about the PlayBook’s launch surfaces, Bloomberg is reporting that RIM will open up the tablet to Android applications. According to “three people familiar with the matter,” the company is developing technology that will allow the PlayBook’s QNX operating system to run Android apps, offering early users a much wider selection. The sources also said that after looking for outside developers to enable this, it’s now working internally on the project.

Shortly after CES, an ex-RIM employee said the lack of apps at launch would hinder the PlayBook’s success. Instead of using its traditional BlackBerry OS, RIM chose to instead install QNX, which enables the tablet to fully support flash and give designers increased flexibility. RIM in general (and especially its tablet) has become increasingly attractive to app developers lately, but still can’t compete with Android’s clout, and the PlayBook would not come with the wealth of apps consumers have grown accustomed to. Allowing Android integration for this purpose would fill that hole.

Not that RIM has been terribly fond of apps to begin with. At last year’s Web 2.0 Summit, CEO Jim Balsillie notoriously attacked apps, saying “you don’t need an app for the Web…you don’t need to go through some kind of control point…The Web needs a platform that allows you to use your existing Web content, not apps.” Perhaps there’s been some reconsideration, and RIM isn’t willing to take any chances on losing consumer interest with the PlayBook.

How successful this move is probably depends on RIM’s developers. If they are able to allow the PlayBook to seamlessly run Android’s 130,000 plus apps, it would be a huge coup for the tablet. Pairing BlackBerry’s corporate reputation and security features with a wide selection of apps could be the missing link to a successful launch. According to insiders, the software should be ready in the second half of the year.