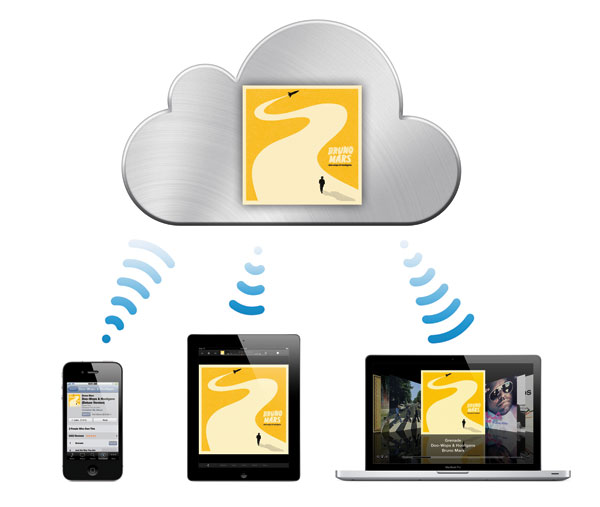 Though it may not be ready to actually launch, it seems Apple is keen to at least pull the covers off its so-called iRadio service at its Worldwide Developers Conference next week.

According to both the NY Times and Cnet, the tech giant has taken another step forward in prepping its music streaming service, signing a licensing deal with music giant Warner over the weekend.

Apple’s idea to create a service similar to the one offered by Pandora has been in the news for years, with the Cupertino company involved in prolonged negotiations with music companies in a bid to secure favorable deals regarding royalty rates.

The tech company has reportedly already signed a deal with Universal for recorded music rights, though not music publishing. The Warner deal apparently covers both music rights and publishing.

Meanwhile, Apple is said to still be in talks with Sony Music Entertainment and the company’s separate publishing arm, Sony/ATV, with no deal yet in place.

The NY Times said Apple’s music streaming service is likely to be free and supported by ads. Meanwhile, Cnet’s unnamed source suggests the service would include several features not found with Pandora, such as “the ability to rewind a song from the middle”. You can also expect to see a “simple button” providing quick and easy access to the iTunes store for track purchases.

Apple may well be feeling added pressure to get iRadio up and running following Google’s launch of its music streaming service, Google Music All Access, in May. Similar to Spotify and XBox Music, All Access costs users $10 a month and integrates with Google Play as well as with the music users have already uploaded to their Google Music locker. Currently available for Android and PC users, Google said recently it’ll be bringing its music service to iOS in the coming weeks.

According to the most recent reports, Apple still has some important deals to strike before it can launch its music streaming service, though we might well get to hear about it for the first time – officially, that is – at WWDC next week. We’ll keep you posted.

Video-editing app LumaFusion to get a Galaxy Tab S8 launch
How to create a Smart Playlist in Apple Music
How much is Spotify Premium and can you get a deal?
How to add music to your iPhone or iPad
Experts say the iPhone 14’s satellite feature may have a dangerous side effect
Latest iPad just got its first proper discount for Black Friday
I love the Oura Ring, but I’m increasingly worried about its future
Why GPS is critical to your smartphone — and desperately needs an overhaul
Kindle Black Friday deals just landed – save on Paperwhite and Oasis
Garmin watch Black Friday deals: Forerunner 45 and Vivoactive 4
How to block someone on WhatsApp messenger
Best stylus for tablets and computers: Top pens for note-takers and artists
Should you buy an iPad on Black Friday or wait for Cyber Monday?