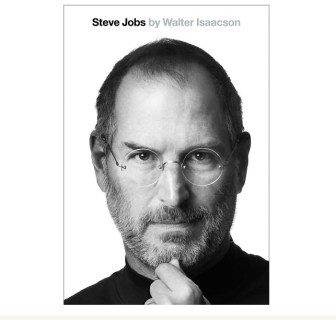 It’s hardly a surprise that Steve Jobs was not a fan of Google’s Android operating system, but the degree to which it troubled him may come as news to some.

In Walter Isaacson’s hotly anticipated biography of the late Apple co-founder, the author writes of how, back in early 2010, Jobs expressed his anger in “an expletive-laced rant” when he learned that HTC had brought out an Android operated smartphone that he felt copied many features of the iPhone.

“I will spend my last dying breath if I need to, and I will spend every penny of Apple’s $40 billion in the bank, to right this wrong,” Jobs told Isaacson. “I’m going to destroy Android, because it’s a stolen product. I’m willing to go thermonuclear war on this.”

A report by the Associated Press, which has obtained a copy of the book, says the biography explains the deteriorating relationship between Jobs and Google’s Eric Schmidt.

From 2006 to 2009, Schmidt was a board member at Apple – at the same time as being Google’s CEO. Schmidt quit Apple’s board as competition intensified between the two companies in the smartphone arena.

When HTC brought out the aforementioned Android phone early last year, Jobs was furious. In response, Apple took legal action. In one of many interviews that took place between Isaacson and Jobs for the writing of the biography, Jobs said Google’s behavior was akin to “grand theft.”

While Jobs didn’t succeed in destroying Android, the Cupertino-based company has had a measure of success against companies using Google’s mobile operating system. In July the International Trade Commission (ITC) ruled in favor of Apple and against HTC regarding patent infringement. More recently, courts in Australia and the US ruled in favor of Apple regarding patent infringement by Samsung in relation to some of its mobile devices, which run Android.

HTC has also been suing Apple for infringement of patents, some of which were recently acquired from Google. However, a preliminary ruling by the ITC earlier this week said that Apple doesn’t violate at least four of the patents currently in dispute.

Isaacson’s biography, Steve Jobs, will hit the shelves on Monday.