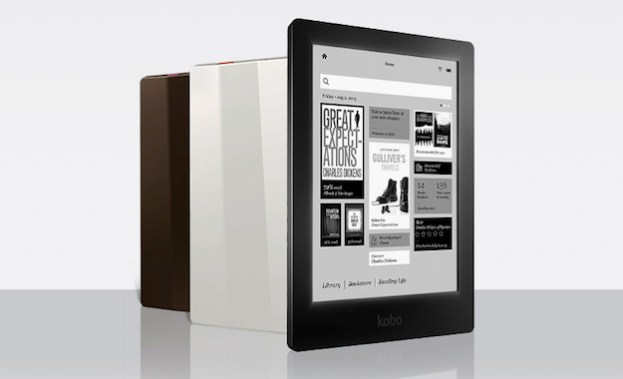 Check out our review of the Kobo Aura HD e-reader.

Kobo has launched a new e-reader named the Aura HD, a device it describes as the, “Porsche of e-readers for those in the driver’s seat of their e-reading adventures.” Cheesy press quotes aside, the Aura HD is rather unusual, as instead of keeping the specification low and the price equally so, it’s the most technically advanced e-reader we’ve seen, but it has a price tag to match.

The screen measures 6.8-inches and boasts a 1440 x 1080 resolution, giving the Pearl E Ink display a pixel density of 265dpi. As a comparison, the basic Amazon Kindle has a 167dpi screen, and Kobo’s Aura HD even outguns the Kindle Paperwhite, which has a 221dpi screen. It also uses ComfortLight technology, a front-light system for illuminating the page and minimizing the chance of eyestrain. Hidden inside Kobo’s new e-reader is a 1GHz processor and 4GB of storage memory, although this can be increased by adding a microSD card up to 32GB in size.

There’s no 3G option, so users must rely on a Wi-Fi connection to access the Kobo book store, however the Aura HD also supports a wide range of filetypes, including .epub, .pdf, .txt and the .cbz and .cbr comic formats, plus Adobe DRM files; so side-loading content you already own or have purchased from other stores shouldn’t be difficult.

Reading on the Aura HD is complimented by a range of 10 different fonts in 24 different sizes, brightness and sharpness controls, a zoom feature, and predictive search. It supports several languages, has chess and suduko games built-in, plus it’ll sync your content and bookmarks through the cloud to Kobo apps installed on your other devices.

So, the Aura HD has a beautiful screen, is 25 percent faster than other e-readers, and the battery will keep it up and running for two months if you read for about 30 minutes per day. Kobo clearly wants the Aura HD to be the choice of the discerning bibliophile, but such quality doesn’t come cheap, as it has a retail price of $170 in the U.S. and £140 in the UK.

That’s twice the price of a regular Kobo Mini e-reader, more than a Kindle Paperwhite, and encroaches on tablet territory, as it’s pricier than a basic Kindle Fire, several Android tablets including the new HP Slate 7, and is close enough to the Nexus 7’s price for it to become a consideration. That’s dangerous territory. That said, the Aura HD’s super high quality display and unusual design (take a look at the styling on the rear panel), could attract book lovers who consider the basic e-readers to offer a mediocre reading experience, and have no need for a tablet’s more extensive abilities.

If that’s you, then the Aura HD is available to pre-order today in the U.S., Canada and the UK through Kobo, and will be on sale in stores on April 25.