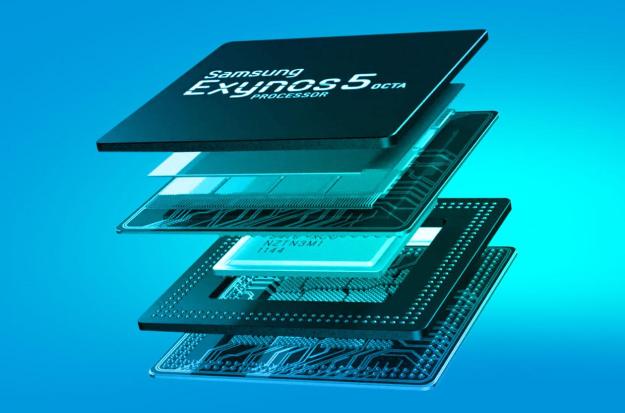 When you buy a PC, do you “need” it to be quad-core? Can you even imagine an eight-core (octa-core) Windows PC? It’s been only a little more than a decade since multi-core technology hit the PC, but after only a three years, the number of ‘cores,’ or processors, in our phones is set to eclipse desktop computing. The first dual-core processor arrived in 2010, and already Samsung has released an impressive eight-core processor with the new International Galaxy S4. But do we really need so many cores on our mobile devices, or is this just for show?

Maybe octa-core phones are just the beginning. At this rate, we’ll be explaining the merits of hexadeca-core processors this time next year.

While anyone can do the math – more cores means more power – the problem with adding dual-core, quad-core, and now eight-core processors is that smartphones need serious battery life. Unlike a desktop PC, a phone is no good if it can’t hold a charge for a full day (at least). And traditionally, when it comes to computers, the more powerful your central processor, and the more of them you have, the weaker your battery performance and the hotter your device runs. Unlike tablets, which have far bigger batteries, smartphones are meant to be compact, and splitting battery life between wireless connectivity, powering the screen, and current-generation quad-core processors is already hard enough. So is it really wise to double the number or processing cores, yet again? Well, we spoke with ARM (the company behind almost all mobile processors), and it claims that not only are octa-core processors legitimate, they’re actually a lot better in every way.

According to ARM, what matters here is not the actual number of cores, but how they are being used and optimized by the smartphone. ARM’s Lead Mobile Strategist, James Bruce, told us that the new octa-core design features both “little cores and big cores” which is what makes the smartphone more efficient. This technology, called BIG.little, is the focus for the company when it comes to building its next generation of processors.

“What we’ve done is approach where you have different size processors for different performance,” said Bruce, referring to the design decision behind the eight-core system. According to him, the new eight-core processors more intelligently handles day to day activities a smartphone encounters, and this is why it’s more efficient than its predecessors. Rather than have eight regular cores in a single processor, the new BIG.little design is two processors – one with four “little cores” and one with four “big cores,” each with their own individual speeds and capabilities. By deciding which core to use at which time, the eight-core BIG.little processor acts much more efficiently than older smartphone CPUs, which simply use only one or two cores and adjust the processor speed for each core.

When a non BIG.little smartphone wants to open a webpage, it has to use all of its four cores at different speeds to handle the process of opening a webpage, loading the content, and running all the background processes without slowing down the user experience, or overdoing it and hurting battery life.

While the new eight-core system could do this if it had a simple eight-core design, in reality using eight regular cores and changing their speed in real time is not very efficient. Instead, the BIG.little system decides for each action which core would be better to use: a little core or a big core. Tasks like opening a feature-rich webpage would need a big core to kick in to handle that process, while the smaller cores can handle little things, like checking your email or receiving a phone call. Because these little cores are clocked down compared to the bigger cores used for more intensive tasks, it ensures the smartphone doesn’t waste power and battery life when handling low-demand activities. So, most of the time, battery life actually improves.

If you’re playing the new version fo Modern Combat or doing some other crazy, intense task, the battery life may actually be somewhat less compared to a traditional four-core processor because you’re pushing your new phone to the max. As a result, the new eight-core BIG.little processor is doing things very differently, and it appears to be effectively making a much more efficient smartphone for typical users.

But how much more efficient is the new Galaxy S4 with an eight-core processor compared to the Galaxy S3 with a four-core processor? According to Bruce, an octa-core ARM processor should get 50 – 70 percent better battery life, thanks to the BIG.little design. Not bad.

While this new design is good for ARM, and all the mobile companies that use ARM processors (all of them), it certainly isn’t good for Intel, which routinely takes flak over concerns that its processor designs are too power-hungry. While the company has yet to explicitly show off processors that will be coming to smartphones and tablets, the new Haswell chips – not to mention Clovertrail+ – are both due in the near future. Haswell will be the opportunity for Intel to prove its worth to the mobile space (or show off its Achilles Heel).

The new eight-core chip so far is only on select International Galaxy S4s (sorry U.S. customers), but may be coming to the Galaxy Note 3, and likely a lot more phones later this year and in early 2014.

Though multiple cores still scares the battery lovers in us, based on what ARM is showing, it sure sounds like more cores is the way to go. Maybe octa-core phones are just the beginning. At this rate, we’ll be explaining the merits of hexadeca-core processors this time next year.

Video-editing app LumaFusion to get a Galaxy Tab S8 launch
The best folding phones for 2022
The best small smartphones you can buy in 2022
How to pre-order the OnePlus 10T
Samsung keeps getting more serious about foldables, and I love it
Have a Fitbit? You’ll soon be forced to link a Google account
Samsung Galaxy S23 leak teases a disappointing charging spec
The iPhone 14’s car crash detection might be a little too good
Best Apple deals and sales for September 2022
Make your fortune with the best stock-trading apps for iOS and Android
Best smartwatch deals for September 2022
The best Samsung Galaxy Tab S8 keyboard cases
Apple AirPods Pro 2 vs. Samsung Galaxy Buds 2 Pro