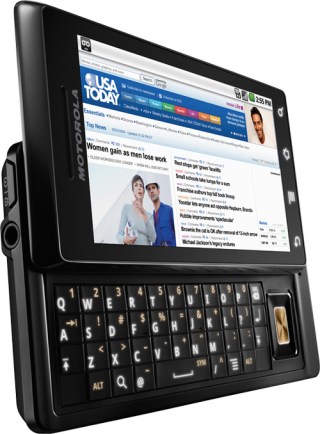 “On Thusday December 10th, the first shipment of the Motorola Milestone was delivered into the UK, to be sold exclusively by eXpansys.com. Within 3 hours of the product being listed as ‘in stock’ on the eXpansys site it sold out. This makes the Motorola Milestone the fastest selling gadget in the website’s 11 year history, even more successful than the iPhone“, says eXpansys in a statement to Pocket-lint.