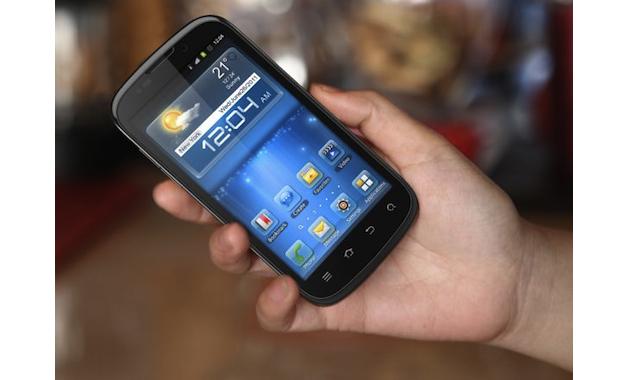 ZTE has been threatening to break its run of releasing simple, low cost Android phones for a while, indicating it wants to break into new markets with more exciting phones to rival its high-priced competitors.

Yesterday, the Chinese company unveiled two new Android Ice Cream Sandwich phones, the PF200 destined for the UK and the CDMA N910, both of which will make their true debut during Mobile World Congress. They’re notable not only for using the latest version of Android, but for using the ZTE brand name too.

Today ZTE has made another phone official, and it’s named the Mimosa X. Like the PF200 and N910, it will use Android 4.0 Ice Cream Sandwich as standard, but unlike them, it has a Nvidia Tegra 2 processor inside.

Nvidia’s powerful dual-core Tegra 2 didn’t make a huge splash in the smartphone world, preferring to hide inside tablets instead, but its charms did make the Motorola Atrix 2 and the Samsung Galaxy R attractive. Interestingly, the Mimosa X will combine the Tegra 2 with the Icera software modem, made by a company purchased by Nvidia last year.

Talking to AllThingsD.com, Nvidia’s general manager admitted they didn’t move fast enough to capture the high-end mainstream market when the Tegra 2 was released last year. Now it appears the chip will find its home in mid-range phones such as the Mimosa, leaving the superphones for the quad-core Tegra 3.

The phone has a 4.3-inch touchscreen with a qHD 960 x 540 pixel resolution, a 5-megapixel camera on the rear and a forward-facing video call lens, 4GB of internal memory plus a microSD card slot to expand this to 32GB. Android 4.0 will have ZTE’s own user interface over the top too.

If the estimate of a sub-$200 unsubsidized price is correct, the Mimosa X could be very exciting when it’s launched in the next few months.