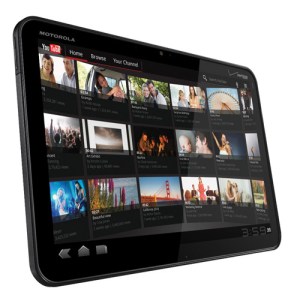 Final word on the cost of the Motorola Xoom is in: The soon-to-be released Android tablet will sell for the unsubsidized price of $799 on Verizon Wireless, or $600 for the Wi-Fi-only model, Reuters reports.

The news comes via Motorola’s chief executive, Sanjay Jha, who made the announcement at Mobile World Congress 2011, which is currently taking place in Barcelona, Spain.

Fortunately for Motorola, the price is far less than the rumored $1,199 that appeared on Best Buy’s Xoom pre-order page, which has since been removed.

The Motorola Xoom will run on Google’s newest mobile operating system Android 3.0 “Honeycomb.” But according to Jha, his company plans to fully embrace Android across all its mobile devices — especially now that Nokia has committed itself to Microsoft’s Windows Phone OS.

“I am as focused on Android as I ever have been,” Jha told reporters. “As a result of Nokia adopting Microsoft it’s possible that some of the other players concentrate on Android.”

The tablet market is heating up, with new releases being announced on a regular basis. But as we’ve mentioned before, Motorola’s Xoom is one of the few tablets that could, theoretically, compete with Apple’s iPad, which currently dominates tablet sales. Analysts believe tablet makers will collectively sell around 50 million tablets in 2011.

The Xoom comes loaded with a 10,1-inch, 1280×800 widescreen display, and is powered by the 1GHz Nvidia Tegra 2 dual-core processor with 1GB DDR2 RAM. It also sports 32GB of internal storage, a 2MP front-facing camera, a 5MP rear camera, with dual LED flash, and a micro HDMI port.

By comparison. Apple’s most expensive iPad — which has a less powerful processor and no 4G capabilities, but twice the amount of internal storage — runs $829.

There’s not yet any word on when the Xoom will become available, though some reports indicate Best Buy pre-orders could be available as soon as tomorrow, February 17.

Check out our complete review of the Xoom here. And see how the Xoom stacks up against Apple’s iPad and the Dell Streak 7 here.

The best iPad Air 5 cases and covers for protection, utility, and more