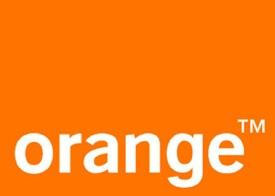 When Apple rolled out the iPhone internationally, it mostly made exclusive deals with single mobile carriers for individual markets, mirroring its deal with AT&T in the United States. However, as the market has matured, Apple is showing signs of ending those exclusive arrangements: today Orange UK announced it will start selling the iPhone 3G and 3GS in the United Kingdom later this year, ending 02’s exclusive deal on the iPhone that’s been in place since 2007.

Orange hasn’t announced any pricing information or specific dates when it plans to put the iPhone in its shops or Web- and phone-based sales channels; however, the carrier has set up a pre-registration site for interested customers. Industry watchers expect Orange’s iPhone pricing to be basically in-line with O2’s. However, the deal could be a good one for Apple in the UK because, like AT&T in the United States, 02’s service has been the subject of many consumer complaints. Pending a deal to merge its UK network with Deutsche Telekom, Orange UK will become the UK’s largest mobile service provider, reaching over a third of the country’s mobile market. Between O2 and Orange, about three quarters of the UK market would have access to the iPhone.

The move re-ignites speculation that Apple will seek an additional carrier partner for the iPhone in the United States. Although customers have embraced the iPhone, many have been dissatisfied with AT&T’s network service; for instance, the company only launched MMS service for the iPhone last week, lagging three months behind support for the feature in Apple’s iPhone OS 3.0. However, there’s a considerable question what carrier might be able to pick up the slack on the iPhone in the United States: fourth-place T-Mobile is likely to small to appeal to Apple, Sprint is betting on Palm and Android, and Verizon seems intent on launching its own app store rather than supporting something like the iTunes App Store from a handset maker.