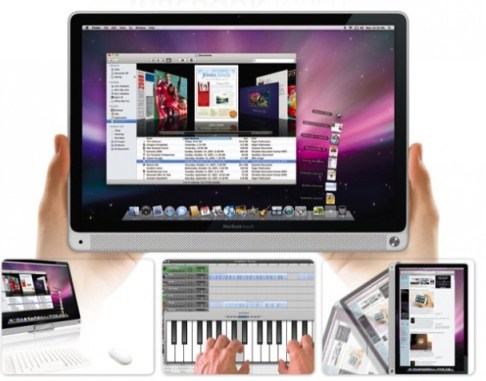 Everyone is clamoring over the Apple tablet—us included—trying to figure out the details and features that’s making Steve Jobs so “excited.” Have you noticed that? For the past few weeks the only emotion Steve Jobs has been able to convey is ‘excitement’—pure, transcendent Mac-loving excitement. Unfortunately, good ‘ole Stevie’s excitement has been rather contagious and it seems everyone is bursting with anticipation for this new device to appear.  So what happens if the iSlate turns out to be a giant epic fail? You shake your head in disapproval and say our words are slanderous. Maybe they are—but did you ever stop to think, among all this hype and excitement, that perhaps the Apple Tablet may be a huge disappointment?  Well, we did—we asked our DT staffers to put forth their best opinions on the matter and we measured up some possible categories in which the Apple tablet could fail.

Price is always a stunting factor of the success of a great product—if not enough people are willing to fork out the dough, they will resort to buying cheaper versions of the device from different manufacturers. Price isn’t actually the biggest concern among Apple fans and the members of the tech community—if this iSlate is as awesome as its hyped up to be then it will be worth the money.

Will price be a fail-factor of the device’s demise?

Nick Mokey, Staff Writer: “All signs point to $800, which would put the iSlate perilously close to a full-fledged MacBook. In this economy, I don’t know if that price is going to fly – especially with a data plan on top of it.”

Scott Steinberg, Publisher: “In terms of over estimating the willingness to spend, Apple has done very well with its products in defying the recession—but if we’re looking at a device from $800-$1000, it may be more than people are willing to pay or stomach.”

Ian Bell, CEO: “Apple will need to be competitive on pricing to lure users away from the Kindle. As Nintendo demonstrated with their Wii by conquering Sony’s PS3, price and content will always beat out technology. The pricing sweet spot would have to be around $499.”

The device could just be inconvenient to use—as our Staff Writer, Mr. Mokey, points out. The giant virtual keyboard could suck, making all of the convenience of the multifunctional tablet, not so opportune anymore. Or the design of the tablet could be awkward, making it hard to work on and difficult to bring places. The device needs to be sufficiently portable and extremely easy to use—why would we want anything else?

Nick Mokey: “The iPhone already caught a lot of flack for its virtual keyboard, and we really have no idea how useable one will be on a giant tablet screen. If Apple can’t find a convenient way to type out an e-mail or Web address on this thing, it’s going to generate a lot of frustration. Also, I still have a lot of trouble picturing where and how I would use a tablet. If it’s too big to pocket and too small to use comfortably at home where I have a real laptop, where am I going to use it? Apple still has to prove that a device this size is something people will use.”

Geoff Duncan, News Editor: “Will it have stylus? If not, will people be reduced to hunting and pecking with an index finger? Or will hooking up an external keyboard be the only way to go?”

There have been a lot of rumors circulating about who and what will be featured on the iSlate tablet. The tablet is supposed to feature “exciting television content,” eReader like capabilities and an iTunes music cloud. But what if none of that happens? Well, then it fails.

We also feel that content may be a big fail-factor—especially if TV networks and media outlets aren’t willing (or too willing, resulting in high prices) to partner with Apple.

Ian Bell: “It has to have good, affordable content—and if not then it won’t be worth it.”

Geoff Duncan: “Connectivity costs may be a sinker if it has 3G (remember, the iPod touch does not). Will people be willing to pay for both a 3G phone and a 3G tablet? Perhaps the tablet will have 3G cost bundled into the price, like the Kindle? Would carriers  go for that, if it’s going to be a network-straining YouTube- and Hulu-enabled, full-HTML, portable Web surfing machine? And what if using some of its features requires a $100/year MobileMe subscription? Maybe Apple will come up with some clever way for an iPhone and a tablet to share the same bill?”

Nick Mokey: “The price of data for the iSlate is another issue. We know every iPhone owner out there is going to want one, are they going to have to pay another $30 for an additional data plan on AT&T? Will they have to sign up for a different carrier? People might be able to afford two different devices, but if Apple can’t find a way to hawk these things without two separate data plans, I don’t know if many people will be able to afford it.”