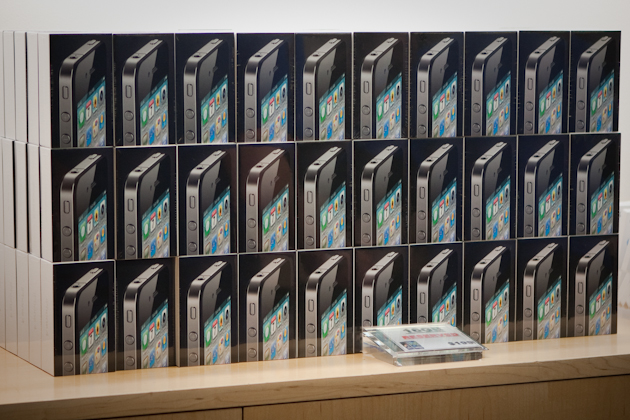 There were a flurry of rumors last week debating the launch date of the iPhone 5. Speculation has gone back and forth between this summer and coming fall, but now supplier rumors say that production on the device is set to begin in September.

According to Business Insider, Avian Securities (which is in communication with “a key component supplier” to Apple) told its investors this morning that iPhone 5 production is slated for September. And if you were pulling your hair out by the idea of waiting until September to buy the phone, you might like what you’re about to hear: The phone itself won’t make it into consumer hands until late this year or possibly even early next year. It seems almost ludicrous that Apple would condone missing the holiday shopping season, but according to the note an early 2012 commercial launch is the most likely option.

Avian Securities also claims that Apple is interested in those rumored inexpensive iPhones, and that cheaper versions with pared down specs could be on the horizon. Check out the note in its entirety below.

“Supporting out [sic] comments over the last month, conversations with yet another key component supplier indicates that production for iPhone-5 will begin in September. This is consistent with Avian findings in the supply chain in recent months and we believe the consensus view is moving towards this scenario. In addition, our conversations also indicate the existence of lower-spec/lower-priced iPhone in Apple’s roadmap. However, while our contacts have seen this placeholder in the Apple roadmap, they do not yet have insight into specs or production timing. This leads us to believe that any launch is likely a very late 2011 or more likely a 2012 event. As a reminder, Avian has uncovered several data-points in recent months pointing to the existence of a lower-spec/lower-price iPhone. A lower-spec/lower-price iPhone has also been speculated in the press and gadget blogs, though we do not believe consensus currently discounts the existence of such a model.”

Why is Apple pushing production until fall? There’s the possibility that the damage to Japanese manufacturing plants following the natural disaster contributed to the delay. Of course there are also loose theories that the Cupertino company is struggling without CEO Steve Jobs’ consistent presence. Either way, such a holdup doesn’t reflect well on Apple and its investors are surely taking notice.