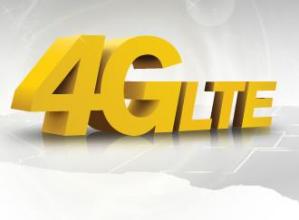 It’s no secret that Sprint is a distant third in the mobile carrier space compared to mobile big wigs Verizon and AT&T. But the provider isn’t giving up. It has begun to expand its network to the 4G LTE world, and is starting to expand their market throughout the United States. Recently, it added the San Francisco area, New York City, and Washington, D.C.

While 4G LTE service is activated, the signal reception still isn’t up to speed, but Sprint is working on adding more sites that will help improve connectivity. Engadget reporters did some hands-on testing of the network upgrade, and said they could only download at a rate of 16.7Mbps, with an upload rate was of 9.4Mbps.

Apparently, Sprint’s strategy is to slowly unveil its 4G LTE services, and then rely on customer feedback when it comes to optimizing and improving the quality its offering. According to reports, the company is hopeful that it will have its network full updated and running by the end of the year.

Recent complaints by Sprint customers have centered mostly around low signal strength (particularly hurting Web surfability) and dropped calls. But, of the 4G LTE roll-out, the company said on its site, “Network Vision is Sprint’s plan to consolidate multiple network technologies into one new, seamless network with the goal of increasing efficiency and enhancing network coverage, call quality and data speeds for customers across the United States.”

As this roll-out continues, will it boost the company’s popularity? Or is it too little, too late? Only time will tell.

Video-editing app LumaFusion to get a Galaxy Tab S8 launch
The best tablets for seniors for 2023
The best USB-C headphone adapters for 2023
The best Android apps in 2023: the 50 apps you need to download
The best rideshare apps in 2023: top 11 apps to check out
The best rugged smartphones for 2023
The best iPhone games in 2023: 31 games you need to play right now
This Apple leaker just revealed tons of changes for iOS 17 and iPhone 15
Beats Studio 3 headphones are $120 off today at Amazon
How to cheat in Words With Friends
Trading in your iPhone with Apple? You’ll get less than yesterday
The best QR code scanning apps for iPhone and Android in 2023
3 reasons you should buy the Google Pixel Watch today