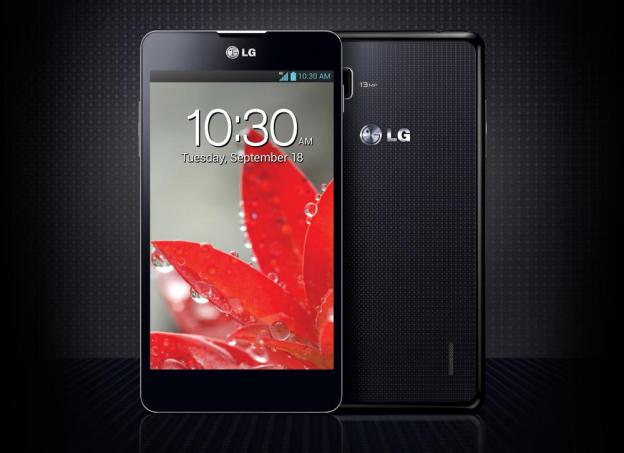 Check out our full reviews of the LG Optimus G and LG Mach phones.

Looks like everything’s coming up LG, at least it is if you’re looking at Sprint. Two pieces of LG news today, the release of the budget-friendly LG Mach and the start of pre-orders for the fancier LG Optimus G.

On November 11, Sprint will welcome the LG Mach to its lineup of 4G LTE-enabled devices. The LG Mach is a smartphone with a full, slide-out QWERTY keyboard. The specs put it decidedly in the mid-range with a 4-inch 480×800 display, 1.2GHz dual-core processor, 1GB RAM, and 8GB of storage. It also comes preloaded with Ice Cream Sandwich. LG’s known for solid devices, however, so it may not be a bad option if you’re not too keen on dropping the kind of cash necessary for a higher-end device. The LG Mach will be $100 with a two-year contract or eligible upgrade.

Speaking of high-end devices, pre-orders begin today for LG’s latest Optimus device on Sprint’s network. It will cost $200 on contract and support Sprint’s unlimited data plan. The Optimus G — though it infuriatingly also ships with Ice Cream Sandwich — is a very attractive smartphone with a slim, understated design. It sports a 1.5GHz Qualcomm Snapdragon S4 processor (the same processor Windows Phone 8 devices are using), 2GB RAM, and 32GB of on-board storage. The Optimus G also has a 4.7-inch 1280×768 display, 13MP rear camera, and all sorts of software-based bells and whistles.

By far, the most exciting and unique feature is the QSlide Function. Basically, the QSlide brings support for true multitasking on a smartphone. The LG Optimus G is capable of showing two different windows simultaneously on a single screen. The example given on Sprint’s website is a user being able to send “an important work email while playing a graphic-intense video.” It doesn’t get much better than that.

Other software additions from LG are QuickMemo (users take notes on captured photos or documents with their fingers), Time Catch Shot (users choose the best shot from various photos), and Dual Screen Dual Play (mirrors the display between your smartphone and TV or external display).

How your smart home can save you money