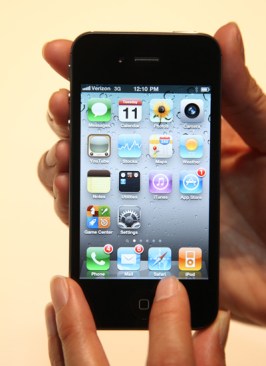 The world’s largest retailer will be selling the Verizon iPhone 4 at “nearly 600” locations beginning Thursday, February 10, the day of the smartphone’s official debut on the Verizon network. Walmart becomes the fourth retailer to offer the CDMA model of the iPhone 4, joining Verizon, Apple and Best Buy.

“We’re excited to bring iPhone 4 on Verizon Wireless, one the most anticipated mobile phone launches in recent history, to Walmart customers,” said Gary Severson, senior vice president of home entertainment for Walmart, in a press release. “As customers continue to embrace smart phone technology, we’ve added nearly 20 smart phone models to our assortment, including the new iPhone 4 on Verizon Wireless.”

Walmart will offer the Verizon iPhone 4 for the standard price of $199 for the 16GB model. In addition, the company plans to offer a range of iPhone accessories, including car chargers, cases and hands-free adapters.

Apple plans to open its stores at 7 A.M. tomorrow to accommodate the iPhone launch. Walmart, with a majority of stores that remain open 24-hours, has not said when it will begin sales of the device. Walmart has previously sold Apple’s iPad as well as AT&T’s iPhone 4 and iPhone 3GS.

The Verizon iPhone 4 is expected to top 1 million units sold in its first week on the market, according to Mike Abramsky an analyst with RBC Capital Markets. If it comes close to that mark, it could mean a supply shortage for Apple. It’s estimated that Apple has readied between 1 million and 1.5 million Verizon iPhones to support tomorrow’s launch.