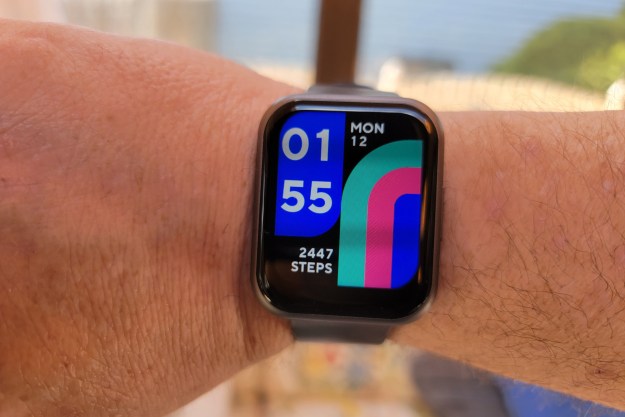 “The Wyze watch punches above its weight class, but inconsistent connectivity is too maddening to recommend it.”

If you’re the type of person who likes to stretch a dollar, you’re probably familiar with Wyze. The company has built its reputation on smart home gadgets that offer roughly 80 percent of its competitors’ offerings for about 30% of the price. From doorbells to cameras, Wyze has set a new low in pricing for a variety of smart home and wearable offerings. The latest is the Wyze Watch, a $20 smartwatch.

Buying a $20 smartwatch that boasts a nine-day battery life is pretty much a no-brainer. But along with that price tag comes a tremendous set of lowered expectations. It’s true that this watch does not have the same features you’ll find on most high-end smartwatches, but it has some of them, so let’s get into it.

The first thing you’ll notice about the Wyze watch is that it looks very much like a high-end smartwatch. It’s built from aluminum and sports a silicone band. There’s a single button on the right side of the watch. On my 47mm device, you get a bright, 1.75-inch TFT LCD touchscreen powered by a 300mAh battery. On the back, there are heart rate and blood oxygen sensors next to the proprietary magnetic charger.

The watch ships with a silicon strap that is comfortable to wear. You can also upgrade to a leather strap if you prefer. Overall, it has the look and feel of a premium watch, but unfortunately (and not surprisingly), that’s where the premium feeling stops.

Performance is a little bit on the laggy side. From raising your wrist to see the time to swiping in from the side to see your apps, there’s just a little hesitation each time. It’s barely noticeable and certainly not a deal breaker, but it’s worth mentioning.

The software on the watch is very basic. Most of the meaningful interactions happen within the app on the phone, which is the same app you use to control your other Wyze smart home devices. Pairing the watch is crazy fast. Unlike most smartwatches and fitness bands I’ve used, you simply turn on the watch and fire up the app. You add the watch to the app and that’s it. You’re done. It’s amazingly fast and loved that part of it. More smartwatches need to do this.

You can choose from only a couple of dozen watch faces, and apps are even more limited. There are only nine apps on the watch, which include weather, shortcuts, blood oxygen level, heart rate, and run tracking. You also receive notifications on the watch from your phone. Notifications are decent in that you can read emails and texts, but there are no replies at all. There’s also no microphone/speaker to receive phone calls either.

The shortcuts app allows you to control any other Wyze device you have in your smart home. You can pause notifications on your doorbell, or turn on your lights, all from the watch which is really neat … assuming you have other Wyze hardware. If you’re just starting out, your options here will be limited. Wyze really is trying to build an ecosystem here, and it’s not being subtle about it.

Focus on the data

Now we get to one of the main reasons why people buy smartwatches — fitness tracking and data. First of all, there is no automatic data collection of any kind except for sleep. If you want the watch to track your heart rate, or blood oxygen level, or exercise activity, you have to tell the watch to do it. It’s not the hardest thing in the world, but it’s something you’d like a watch to do on its own.

The Wyze watch looks very much like a high-end smartwatch.

As for the data itself, compared to a Samsung Galaxy Watch 3, the accuracy for step counting and exercise distance lags by about 10% to 15%. What that means is that while my Galaxy Watch 3 will measure 6,000 steps, the Wyze watch will count 5,000 to 5,400. Sleep tracking is fairly accurate, though the app showed periods of wakefulness that I don’t remember. That doesn’t mean they didn’t happen, but I don’t remember them.

While accurate data is the best, even inaccurate data can be useful if it’s consistently inaccurate. In my case, I found the data to be consistently short of what the Samsung Galaxy Watch 3 reported. You can use the data collected by the watch to know certain things about your day. You may not know the exact number of steps you walked, but you can know that today you walked 25% more than yesterday. It’s not ideal, certainly, but it can be useful depending on what you’re trying to get out of it.

The good news is, most of the Wyze watch’s shortcomings come from the software. What Wyze needs to bring to the table here is more types of exercise, better notification interactions, and more watch face variety. The photo faces help, but even the Xiaomi Mi Band 5 has more variety in watch faces.

The thing about the watch that worries me the most is the connectivity. To say it’s finicky would be generous. It’s flat-out bad. If you rely on your watch for notifications, it’s going to let you down. Data, like sleep and exercise tracking, will sync to your phone when it connects, so you won’t lose anything. That’s a relief, albeit a small one.

The Wyze Watch costs $20 and you get more than your money’s worth out of this smartwatch — but not much more. Wyze claims the battery will last for nine days, which is consistent with my testing. Just having a nine-day smartwatch is enticing.

Where the experience falls apart is in the lack of watch faces and apps, as well as the connectivity issues. Hopefully, Wyze will continue development on the watch so its capabilities improve in the future. But for what it is right now, it’s not the worst way you could spend a single Andrew Jackson.

The Wyze watch is solidly built and has water resistance up to two meters. There’s no reason to think that this watch won’t hold up for a long time. How well Wyze supports the software development on the watch will determine its longevity a lot more than the hardware, which is well-built and not cheap-feeling at all. There’s a one-year limited warranty that covers it for defects.

Of course. This is the bottom of the barrel in the smartwatch department. There’s no question about that. Even your traditional fitness trackers cost more than this watch, which is so cheap that it’s hard to come up with comparable experiences in a similar price range. The best competitor I see that’s even close is the Xiaomi Mi Band 6. which was just announced and will come out later this year. That fitness band delivers a similar experience in that it’s nice, but not great while punching above its weight class.

If you are serious about fitness, or notifications, no, you should not. This watch makes a lot of compromises on its way down to the $20 price range.

The connectivity is the deal breaker for me. I’d be willing to put up with all the other compromises if I knew this watch would feed me notifications. To its credit, it hasn’t missed a notification yet, but sometimes it’s delivered them much later — and about 20 at a time — which does me no good.

Topics
Video-editing app LumaFusion to get a Galaxy Tab S8 launch
AI is about to make Google Translate a whole lot smarter
The first Android 14 preview is here, and these are its 3 biggest changes
Is the OnePlus 11 waterproof, and does it have an IP rating?
Best smartwatch deals: Save on Apple, Samsung, and Fitbit
Strap a Samsung Galaxy Watch 5 Pro on your wrist while it’s $50 off
There’s a huge sale on Kindle e-readers happening today
Going to pre-order the Galaxy S23? Don’t miss these deals
Best Google Pixel Deals: Pixel 7, Pixel Watch, and Pixel Buds
OnePlus wants to tempt you back to Android tablets with the OnePlus Pad
Does the OnePlus 11 have an alert slider? Read this before buying
OnePlus 11 price: how much does the phone cost?
Best Fitbit deals: Save on Fitbit Versa 4 and Fitbit Charge 5