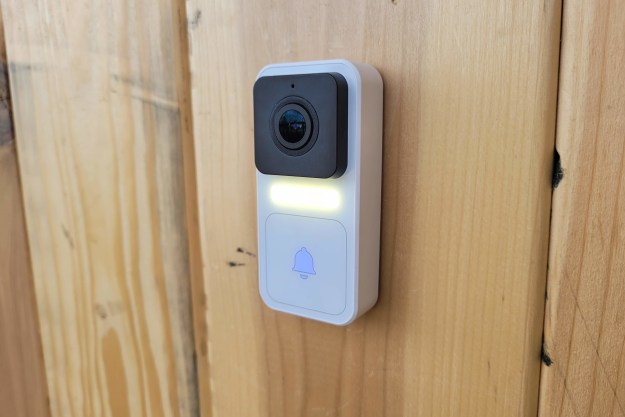 Wyze Video Doorbell review: You get what you pay for
MSRP $30.00
Score Details

“This doorbell costs just $30. It's not the best, for sure, but it punches way above its weight class.”

If you’re interested in cost-effective smart home technology, there’s a name you need to pay attention to. That name is Wyze. The company is hitting the smart home ground running with a bevy of smart home products that are not only very good but also very inexpensive. That brings us to our review for today — the Wyze Doorbell, which is a $30 video doorbell. That’s not a typo. I’m not missing a decimal place. It’s $30.

In a world where video doorbells cost $99 and up, $30 is incredibly inexpensive in this field. There are compromises, for sure. I also need to mention that I tested this device using a beta version of the Wyze app. That leaves me in a difficult position as a reviewer. Is a feature set not great because it’s beta, or because it’s $30? I’m fairly sure I have the two sorted out, so let’s get into it!

The Wyze Doorbell Camera is one of the smallest video doorbells I’ve ever seen, let alone worked with. The unassuming hardware is a plastic box just eight centimeters tall, four centimeters wide, and just under two centimeters deep. It has a white casing with a black camera module on the top half and a rounded square button for the bell itself. The Wyze logo in between them lights up when people approach, as does the bell icon on the button. It makes it very easy to know where to push.

Also included with the bell is a chime extender that plugs into any outlet. This is important because the doorbell itself does not ring your mechanical chime inside the house. The doorbell sounds like a chime to let your visitors know it has rung, then the chime inside the house rings. It seems like an odd omission to not ring the mechanical chime it’s wired to for power, but it’s understandable since the chime extender comes with the package.

This won’t be the last video doorbell you ever buy, but there’s no reason why it can’t be your first.

That chime extender is delightful. It connects to the app as a separate device within the doorbell settings. The chime extender comes with 19 different sounds to play including normal chimes, door knocking, and animal sounds that drive my dogs nuts. It’s quite fun. There is no noticeable lag between pressing the doorbell button and the chime sounding. The chime extender works anywhere there is Wi-Fi, so you can plug in the chime wherever is most convenient.

I did run into some issues setting up the chime extender. Sometimes the change I made in the app didn’t translate over to the chime itself. Sometimes it did. It was very random. That could easily be a result of the beta app, or perhaps less than ideal Wi-Fi. After a while, I managed to get the correct chime set up, and the issue never resurfaced.

The camera itself has a very narrow field of view. You can see 120 degrees on the vertical and just 88 degrees on the horizontal. Wyze says that this is because people are taller than they are wide. I get that, but those specifications barely allow me to see an entire person on the horizontal or vertical. By comparison to my normal Vivint Video Doorbell Pro, it almost feels like looking through a toilet paper tube. Then again, did I mention this camera is $30?

What you can see is decent quality. You can set the camera to capture and stream in HD, SD, or 480p. During the day, the image is a bit washed out, and you lose a lot of definition in overcast clouds. It does a suitable job of identifying people and movement. At night, this time of year is hard to judge because my front yard is filled with holiday lights, so the camera has trouble deciding if it wants to use infrared or not.

The aforementioned holiday lights are completely blown out, and there is no detail at all in the highlights. The camera does a serviceable job showing my front yard at night, reminiscent of the Panasonic Home Hawk camera I tested. However, that was due to superior optics technology, while this doorbell benefits from Griswold-level holiday lights.

Night vision when not dealing with holiday lights still struggles to decide if it wants to be on or not. The Wyze logo also lights up as a sort of mini floodlight, which complicates things. When that light is not on, and there are no other sources of light in the frame, night vision looks good. If you introduce any light source, the doorbell freaks out a little bit.

Following that, you need to pair the doorbell to your Wi-Fi. It uses the QR code method, which isn’t one of my favorite implementations. If you’re not familiar, you connect the doorbell to your Wi-Fi by entering your credentials into the app. That generates a QR code that the camera scans. It took me well over five minutes of holding my phone in front of the doorbell at varying distances until I finally got the beep indicating all was well.

Moving into the app, as I already mentioned it’s a beta, but overall, there’s not a lot missing here despite being a beta product. Connecting to the camera is a bit on the slow side, but navigation within the app is not slow at all. Clip storage is a bit hard to locate since you have to leave the device settings to get to the event list. I suspect this is in anticipation of Wyze’s larger home security system they just released.

You can schedule times when the camera records events, or just record motion events all the time. You can opt to subscribe to Wyze Cam Plus for full 24/7 recording. You can share videos and save them locally. I was not able to find a place to take snapshots, which seems like a miss. But overall, the app performs well, especially for a beta.

When it comes to detection, it’s a bit on the sensitive side and I’m frequently bombarded by the notifications. Minor events happen to trigger the Wyze Video Doorbell, so expect to preview footage that is most likely filled with false alerts. Yes, it’s obviously too liberal with its monitoring, but I suppose that’s better than to miss an event outright.

What is important to remember here is the price. For $30, you can buy three of them, have two spares, and still not pay as much as the next closest competitor. This video doorbell is so inexpensive that I feel like I should reach out to Wyze to make sure they’re okay. If this video doorbell had performed merely decently, I would have been amazed. The fact that it’s actually good at that price point, is so amazing I’m glad I had to sit down to write this review. This is not the best video doorbell in the world, but I’d estimate that you get about $75 worth of doorbell here for $30.

Of course! The field of view is laughable. Video quality is not the best, and at night, the sensor needs to pick a lane and stay in it rather than flipping back and forth between IR and normal vision. But, the next cheapest alternative costs more than three times more. The Ring Video Doorbell (2nd Gen) is one of those alternatives at $100.

Wyze is here to make its products as inexpensive as possible which means plastic mounting brackets, cheap-feeling buttons, and camera sensors that underperform.

The doorbell feels cheap, so as far as wear and tear, I’m not terribly optimistic you’ll get years and years out of this doorbell. The doorbell is rated IP65 weather-resistant, and has an operating range from -4 to 122 degrees Fahrenheit. Chicago winters get colder than that, so that’s another ding. I suspect more durable build materials might get operating temperatures into a more comfortable operating range. But, that would likely inflate the cost as well.

On the off chance something goes bad, there’s a one-year limited warranty that covers defects.

Yes. It’s $30. It’s an extra trip to the ATM. You should almost buy it on principle. Keep a few in your car as last-minute gifts. It’s crazy inexpensive. If this doorbell costs $75 or more, I would say no. For a little bit more of an investment, you can get a product that will probably last longer and work better, like the Arlo Video Doorbell. But at $30, this is almost a training video doorbell to find out if you’re ready for a real video doorbell. This won’t be the last video doorbell you ever buy, but there’s no reason why it can’t be your first. Just bear in mind that this is a $30 doorbell.