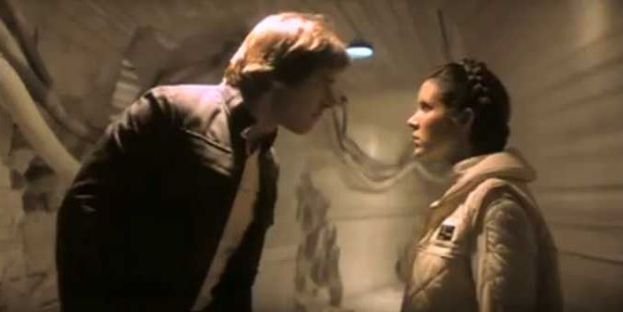 The much-discussed Blu-Ray collection of Star Wars: The Complete Saga arrives on shelves next week, and while we got an early peek at some of the bonus features courtesy of the Star Wars iOS app, we now have a peek at one of the deleted scenes found on the collection, too.

The cut scene premiered over at EW.com, and features Han Solo (Harrison Ford) and Princess Leia (Carrie Fisher) having yet another one of their rife-with-sexual-tension spats. Lasting just 56 seconds, the scene was originally filmed for The Empire Strikes Back (or Episode V if you want to get technical).

In the theatrical version of this scene, the conversation ends with Leia saying she’s rather kiss a wookiee, and Han telling her, “I can arrange that!” What was cut from the scene, though, was a longer exchange that makes Han seem like, well… not as likable of a guy.

For example, there’s this line: “You’ve been so busy being a princess, you haven’t learned how to be a woman. I could have helped you.”