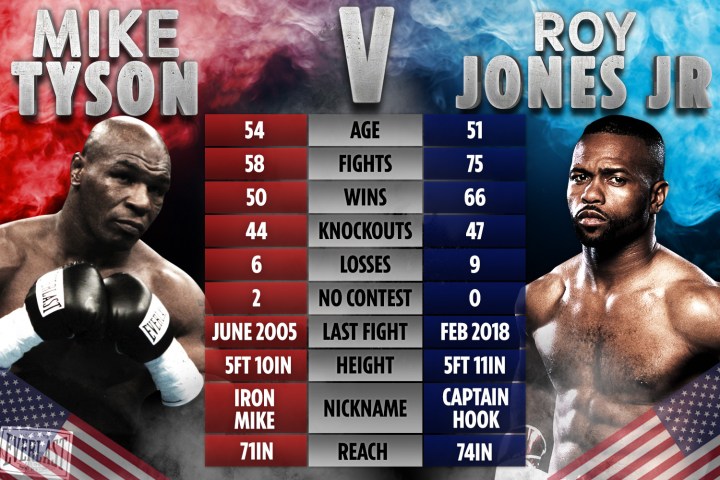 After 15 years in retirement, heavyweight boxing legend “Iron Mike” Tyson is stepping back into the ring this Saturday where he’ll be facing former four-division world champion Roy Jones Jr. in an exhibition bout at the Staples Center in Los Angeles, California. This is a pay-per-view event that will air exclusively through Fite.tv, so if you’re looking for a way to watch this highly anticipated heavyweight match live this weekend, then read on to find out everything you need to know about the fight and how you can stream Tyson vs. Jones online.

Fite.tv is an online streaming platform that is host to a wide variety of boxing, MMA, wrestling, and more, making it a must-have service for fight-loving cord-cutters. It’s also home to many pay-per-view events and has secured exclusive broadcasting rights to Mike Tyson vs. Roy Jones Jr., meaning that it’s the only venue with which you’ll be able to stream the fight live this weekend. You can stream Fite.tv on virtually all modern web browsers, smart TVs, and mobile devices as well as Xbox and PlayStation consoles, and a complete list of compatible devices and viewing options can be found here.

This exhibition match will be the first time that Mike Tyson, 54 years old with a record of 50 wins (44 by knockout) and six losses, has stepped into the ring since retiring from professional boxing in 2005. Tyson, who was the youngest heavyweight champion in boxing history and reigned as the undisputed champ from 1987 to 1990, is a dominant and aggressive fighter who needs no introduction — even if he has been out of the ring for 15 years.

Tyson’s opponent is Roy Jones Jr., an accomplished professional boxer with a record of 66 wins (47 by knockout) and nine losses. Jones has the distinction of having held championship belts in four weight divisions: middleweight, super middleweight, light heavyweight and heavyweight; he is also the only boxer in history to start his career at light middleweight and win a title at heavyweight. Jones, 51, has kept up with his boxing career despite his age, having last fought — and won — in 2018. He’s also on a streak of four victories, so while Iron Mike is the current favorite to win, Jones is not entering this exhibition match without some advantages.

The fight card for Mike Tyson vs. Roy Jones Jr. is scheduled to start at 9 p.m. ET this Saturday, with the heavyweights themselves expected to walk to the ring at 11 p.m. The pre-show features live musical guests and starts at 8 p.m. The entire event is a pay-per-view airing exclusively through Fite.tv, and if you’re looking for a way to watch the Tyson vs. Jones livestream online, now’s the time to grab the PPV package for $50 so you don’t miss any of the action.