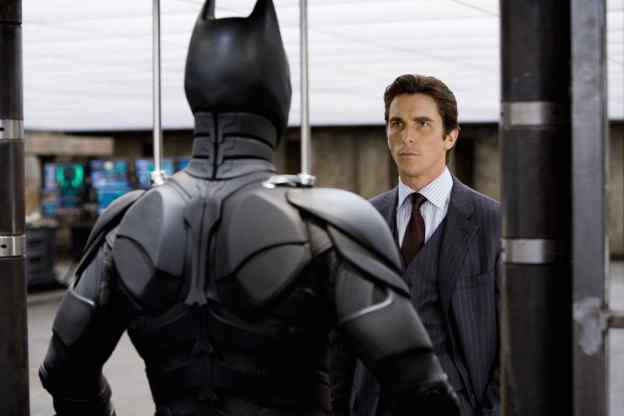 There’s been no shortage of set photos from The Dark Knight Rises popping up online lately, but so far the images have focused on the new characters in the film. However, a new photo that arrived on Twitter yesterday might give us a good look at one of the new pieces of tech in Christopher Nolan’s third and final Batman movie.

Posted to Twitter by Ross Petrocelli, the photo (shown below) claims to show the Dark Knight Rises film crew entering the Wabash Tunnel in Pittsburgh with a large, truck-mounted object that shares quite a few similarities with previous Batman vehicles from Nolan’s films.

“Just caught a glimpse of a #Batman vehicle being shot going into the Wabash Tunnel,” tweeted Petrocelli, and attached a link to the photo.

The Dark Knight Rises has been doing lots of filming in and around Pittsburgh lately, so if nothing else, the location of the photo seems to fit.

Adding to all of the speculation is the longstanding rumor that The Dark Knight Rises will finally give fans a look at Nolan’s vision for the Batwing, Batman’s signature airplane. The object in the photo does indeed seem to share the same military aesthetic Nolan has used for the Tumbler and Batpod in Batman Begins and The Dark Knight, so it’s not unlikely that this is our first look at the vehicle that will take Batman into the skies of Gotham.

Transformers brings the action to the ’90s in Rise of the Beasts trailer
The 10 best movie sequels ever made
Best movies of the 2010s, ranked by IMDB
Batman and the city: depictions of Gotham from The Dark Knight to Gotham Knights
The 10 most popular movies on Netflix right now
How to legally bet on the 2023 Super Bowl online
Everything leaving Netflix in February 2023
Apple’s MLS Season Pass is about more than just streaming games
Where to watch Skinamarink
6 movies coming in February you need to watch
5 actors who should be Batman in The Brave and the Bold
The Boogeyman trailer: don’t look under the bed
The best movies on Disney+ right now (February 2023)