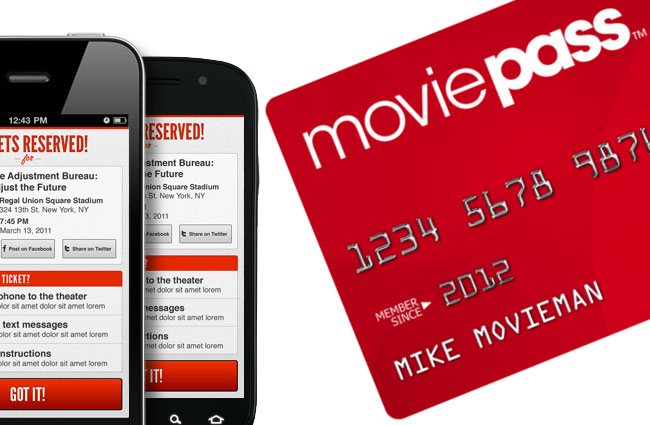 Every day seems to bring a new, controversial change for MoviePass, the troubled subscription service for movie screenings.

A new plan rolled out Wednesday and explained in a letter sent out Thursday, August 16, limits both the number of movies subscribers will be able to see each month and both the movies and showtimes available on any given day. Subscribers are now limited to three movies each month under the plan, and the list of movies and showtimes available will change each day. The list of each day’s movies will be updated on the MoviePass website.

MoviePass indicated that the current plan will be in place for the foreseeable future and that the list of movies and available screenings will be updated from week to week.

“During this transition period, MoviePass will offer up to six films to choose from daily, including a selection of major studio first-run films and independent releases,” states the letter to MoviePass subscribers. “In addition, showtime availability may be limited depending on the popularity of those films on the app that particular day.”

The current list of movies that subscribers can see includes Spike Lee’s BlacKkKlansman, The Meg, The Miseducation of Cameron Post, Skate Kitchen, Summer of 84, We the Animals, and Juliet, Naked. There’s been no official word on why there are seven movies available at the moment instead of six (but no one seems inclined to complain).

Along with implementing the new movie and screening options, MoviePass also eliminated some of the recent changes that caused a considerable amount of annoyance among subscribers.

Instead of increasing its monthly subscription price to $15, MoviePass will keep its $10 monthly fee. It will also include first-run films among its daily movie options instead of making subscribers wait several weeks for new releases.

It remains to be seen whether the new plan will win over MoviePass subscribers who had grown frustrated with the service — particularly those who found themselves automatically re-enrolled recently. For a service that once offered unlimited movies for a minimal monthly fee, the current plan is a far cry from those early days, and more changes could be on the way.

What’s new in movie theaters: The Outfit and X

New movies this week: Death on the Nile, Marry Me, Blacklight