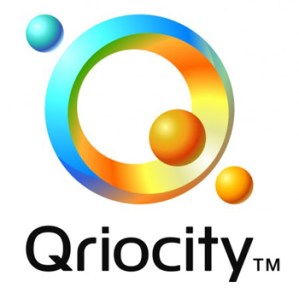 As app developers bridle over Apple’s introduction of a subscription service earlier this week, Sony and several of its music industry partners are preparing to bring their streaming iTunes competitor Music Unlimited powered by Qrirocity (maybe you guys should cut that down to “Music Unlimited”?) to the United States. The plan is to debut the service in nine more countries before the end of 2011, Bloomberg reports.

Accessing the Music Unlimited website from the U.S. currently opens up a “Sorry, this service is not available in your country/region” page, but an FAQ indicates that users will be able to sign in using their existing PlayStation Network account. Music Unlimited launched in September 2010, and is currently available in the United Kingdom, Ireland, France, Germany, Italy and Spain. A U.S. introduction was hinted at last week, along with the implication from a Sony exec that the broadened availability could see an eventual removal of the company’s music catalog from Apple’s iTunes.

Music Unlimited brings Sony Music Entertainment together with Universal Music Group, EMI Music and Warner Music Group Corp. to offer more than 6 million songs, as well as (according to the FAQ) streaming SD, HD and 3D movie rentals that come with a 30-day watch window. The service is available on multiple devices, including PlayStation 3, Blu-ray players, Bravia televisions and PCs, and a subscription costs $3.99 per month. In a surprising move, Sony also revealed plans to support assorted iDevices “and other mobile products” later this year, though no comment was offered on how or if Apple’s new subscription policies.

The new policy gives the iOS developer a 30 percent cut of all in-app subscription sales and requires the addition of a Subscribe button to all relevant App Store products. Apps are also no longer allowed to link out to web-based store pages, as Kindle does with Amazon. Consumers can still make their purchases outside the app of course; the difference now is that the app won’t be able to send you directly where you need to go.

Spotify’s HiFi tier was MIA in 2021. Will 2022 be any different?
From movies to music, 2021 was the year of Dolby Atmos
How to stream music to a HomePod with an Android phone
How to add family members to your Apple Music subscription
Spotify is finally making it easier to block unwanted followers
LG’s WebOS TVs get a native Apple Music app
What is hi-res audio, and how can you experience it right now?
Spotify adds a Netflix hub so you can listen to the chilling sounds of Squid Game
How to play Apple Music on an Alexa device
Watch Spotify’s tour of its plush U.S. headquarters
Chill with Spotify for free on Delta Airlines this holiday season
AirPods Pro and AirPods 3 are both discounted today at Amazon
Forget AirPods Pro: Beats Studio Buds are ONLY $120 at Amazon today