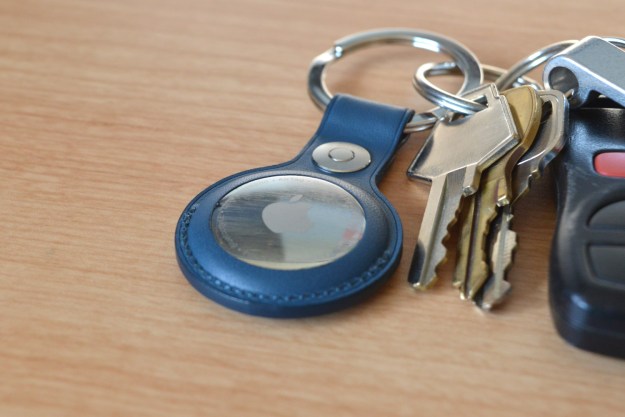 “AirTags are an excellent way to keep track of your belongings, as they leverage the massive ecosystem of Find My products that Apple has built.”

Apple’s Find My app has long been a great way to keep track of your iPhone, Mac, or iPad. But what about your nonsmart items? After years of rumors and leaks, AirTags are finally here to help you keep track of anything else you want to attach them to, bringing everyday nonsmart items into the connected world.

AirTags leverage some pretty fancy tech to beat the competition, in a way that only Apple could accomplish. That’s to say, Apple’s Find My network now piggybacks on every iPhone out there — meaning that you can get near real-time updates about the location of your items, as long as they’re in a relatively populated environment.

AirTags have a lot going for them. They’re not overly expensive at first glance, and they integrate supremely well within Apple’s walled garden. They’re not perfect, but if you’re a hardcore Apple user, they get pretty close.

AirTags are small and portable, making them very easy to keep on a key chain or in a purse or wallet. In terms of basic size, AirTags are 1.25 inches wide, and 0.31 inches thick.

Of course, much of the time, that won’t be their actual size. That’s because AirTags don’t have a hole in them for key chains, meaning that if you want to keep an AirTag on your keys (or anything other than in a sealed pocket), you’ll need to buy an accessory to hold the AirTag. Yes, accessories for your accessories.

It’s a little frustrating that the hole for key chains is missing. Sliding an AirTag on a set of keys is perhaps the single most obvious use for them, and while I get that Apple wants to push AirTag accessories, it seems like a pretty basic feature to ignore.

AirTags do look quite nice. They feature white plastic on the top, and a silver back with the Apple logo. That back is, perhaps surprisingly, removable, and under it you’ll find a coin cell battery that you can replace yourself. It’s a slightly un-Apple move, but a very welcome one, even though you won’t have to actually remove the back more than once a year or so. And it’s better than many other similar trackers, which don’t have a removable battery.

Apple’s own AirTag holders are, of course, very nice — though they are a little expensive. I mostly used the AirTag Leather Key Ring, the most basic offering, which costs $35. That’s right, it’s more than the $29 AirTag itself. Most people will go the more rational route — on Amazon, I found a pack of four similar holders for $25. Even though I can’t speak to the quality of those, let’s be honest, they’re probably fine. Apple’s accessories, of course, are very high-quality — you just have to pay a lot for them.

As you would expect from an Apple product, setting up an AirTag is simple. Naturally, you need an iPhone — running iOS 14.5 or later, in this case. Simply unwrap the device and pull out the plastic battery tag, and then place the device next to your iPhone. It should show up, just like a fresh pair of AirPods, after which you can connect it to your Apple ID, name it, and give it a little icon. Once you set it up, you’ll be able to see it in the new “Items” tab of the Find My app alongside everything else.

As mentioned, AirTags work on Apple’s Find My network. This means they can communicate with other Apple devices, even those that aren’t yours, to alert you to their location. Essentially, if there’s an iPhone within Bluetooth range of your AirTag, its location is updated, and you can see exactly where it is — without the owner of that random passing iPhone ever knowing. It’s an incredible way to leverage the number of iPhones out there in the world, and an example of why AirTags work so well.

Competitors, like Tile, offer similar features — but will never be as effective. Tile trackers can communicate with any phone that has the Tile app installed. That’s a far smaller number of people than those that simply have iPhones with Bluetooth turned on.

Essentially, if there’s an iPhone within Bluetooth range of your AirTag, its location is updated, and you can see exactly where it is.

If you do lose an item with an AirTag, the Find My app offers a number of features to help you retrieve it quickly. For starters, you can see the last known location of an item on a map, and if you’re in a populated area, it’s likely that location is pretty close to accurate. Once you get within 30 feet or so of the item, you’ll be within Bluetooth range — and that’s where precision tracking can come into play. Precision tracking uses the U1 chip in your iPhone and AirTag to get an accurate location, and I found that it’s accurate to within a few inches. Using the feature, you’ll see directions on your iPhone to where your item should be.

If you still can’t find it, or you know you’re nearby, you can trigger a sound from your AirTag, which should help you locate it. The alarm gets relatively loud, especially considering the size of the device itself. All of the tools work together relatively well, allowing you to easily find your lost item.

AirTags also have a special “lost mode.” If you lose an AirTag, you can enable lost mode in the Find My app, after which you’ll get a notification if it has been found by another device in the Find My network. AirTags have an NFC chip inside them, and when an AirTag isin lost mode, another iPhone user can tap an AirTag to find your contact information, if you enable that feature.

Of course, there are some privacy concerns related to AirTags — as there are with anything designed to “track.” However, Apple has included a few features to prevent issues from arising. The first privacy concern is that someone could slip an AirTag into another person’s purse or bag without them knowing to track their location. To get around this, if your iPhone notices that an AirTag is traveling with you and the owner isn’t present with you as well, you’ll get a notification on your phone. If you still don’t find the AirTag after some time, it will start chirping, which will also come in handy for those who have an Android device.

Unfortunately, however, these features may not work as quickly as they should. The notification will only pop up after a few hours, and the sound may not turn on for three days or so. In other words, someone could still use an AirTag to track another person’s location without them knowing for at least a few hours if they’re an iPhone user, or a few days if they don’t have an iPhone.

Thankfully, your own location isn’t a concern with AirTags. AirTags don’t store any location information locally — instead, that information is stored encrypted, in the cloud. AirTags should be far down the list of anyone worried about tracking, considering the phone you carry everywhere is far better-suited to that.

Apple AirTags are an excellent way to keep track of your belongings. They leverage the massive ecosystem of Find My products that Apple has built, and integrate seamlessly with your iPhone.

At $29, the actual AirTag itself is relatively inexpensive, too — though if you want to use it for your keys, or attach it to something else rather than put it in a secure pouch, you’ll need to factor in the cost of those accessories. That can really add up if you buy multiple AirTags.

If you’re an iPhone user, there are no better alternatives. Apple has enabled third-party support for the Find My network, so it’s possible better alternatives will be released at some point — but for now, Apple users who are susceptible to losing their keys or other items should stick with AirTags.

Of course, if you’re not too concerned about sticking within Apple’s ecosystem, there are other options. Chief among those is Tile’s huge range of products, which include credit card-sized trackers, trackers that have a hole to slip onto your key chain, and so on. Unfortunately, as mentioned, Tile’s trackers can’t make use of a network of half of smartphone users in the U.S. like AirTags, but they’re a great option for basic tracking.

AirTags should last for years to come. They have a replaceable battery, which lasts for a year on a charge, and they have an IP67 water-resistance rating, so they should withstand things like rain, the odd drop in the sink, and so on. Don’t purposefully get them wet, but if they get wet, they should survive.

That’s not to say AirTags won’t get scratched. If you keep them on your keys, over time, they will definitely get some scratches — but should still work perfectly fine.

Yes. AirTags are currently the best trackers for iPhone users.