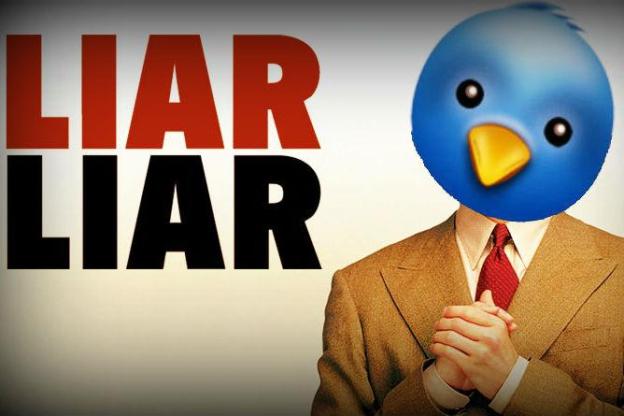 About a week ago, something weird was going on with Chipotle’s Twitter account. A series of inane tweets filled the burrito-maker’s stream, as if a mildly confused hacker had stumbled into the brand’s account without knowing what Twitter even was and just started posting away.

Chipotle played it off like an intruder had gotten into the account and it was all a silly little mix up we got to enjoy.

But it all seemed very familiar: Back in February, MTV “hacked itself” as a publicity stunt after watching Burger King’s Twitter account get hacked and the 30,000 follower gain that came with it. But we were too smart for that, and discovered MTV’s scheme.

Et tu, Chipotle? Yes, it turned out Chipotle’s Twitter incident (Twitcident?) was also nothing more than a self-hack, a lame publicity stunt to gain attention based on supposed security issues.

Twitter is also a lot like a gossipy, cruel high school classroom full of cheaters, liars, and manipulators.

This is but a thread of a larger Twitter tapestry, however; the fake hack only scrapes the surface of the fallaciousness of Twitter. Case in point: Spambots. Spambots have been a Twitter problem since day one, and they remain a scourge of the site. For every legitimate follower you get, it seems there are five fakes. You know the telltale signs: Nonsense names, zero followers, almost unreadable tweets containing bitly links.

And then there are the impostors; if you’re important enough, you can bet there’s someone out there who wants to be your Twitter double and confuse followers into believing they’re the real deal. Twitter does a fairly good job cracking down on these accounts, though there are plenty of celebrity “fan” Twitter accounts that are allowed to exist by skirting the edges of what’s considered an “impostor” and what’s being done “in homage” to someone – meaning being duped into thinking that Macklemore fan account that favorited your tweet was the real thing can definitely happen (and has happened).

There are applications for making fake tweets, as well as for rooting out fake accounts. You can buy Twitter followers and accounts. And Twitter itself has engaged in fakery: A recent commercial the site made to show off its advertising platform used real Twitter accounts with fake tweets attributed to them. The users who had words put into their “mouths” by Twitter were none too pleased, and while the platform took out the false testimonials and apologized, it also said it hadn’t technically done anything wrong.

According to Twitter’s terms, the service can “… make Content submitted to or through the Services available to other companies, organizations, or individuals who partner with Twitter for the syndication, broadcast, distribution, or publication of such Content on other media and services … with no compensation paid to you with respect to the Content [you submitted.]”

We call the Twitter the virtual water cooler, the digital town hall – and while there are elements of this public chit-chat and discussion, it’s also a lot like a gossipy, cruel high school classroom full of cheaters, liars, and manipulators. It’s a game you play. Sometimes to win. Sometimes you flat-out fake it. We might feel swindled by Chipotle’s “hack,” but it also got the brand thousands of new followers. We groan about the spammy links fake accounts tweet at us, but we love @Horse_ebooks.

Twitter is all about notoriety and follower numbers – it’s a social ladder to be climbed. And you know what they say about the nature of ambition and what it does to us. So before you complain too much about the fake hacks or Twitter’s “mock tweet” commercial, just ask yourself if there was all that much truth in the mechanics of Twitter to begin with – and if there was, maybe we sucked it dry of anything genuine.

Topics
You can bid for Twitter’s bird statue right now
Twitter could sell usernames via online auctions
Thanks to Tapbots’ Ivory app, I’m finally ready to ditch Twitter for good
What is Reddit?
What is Mastodon? Here’s why everyone’s talking about this Twitter alternative
Elon Musk reveals date for Twitter Blue relaunch
What is Twitter Blue and is it worth it?
Twitter closes offices as ‘work pledge’ deadline passes
What is Ambient Mode on YouTube?
What is BeReal?
How to delete a BeReal post
How to use TikTok’s voice changer
Twitter attempts to sort out verification system with new badges