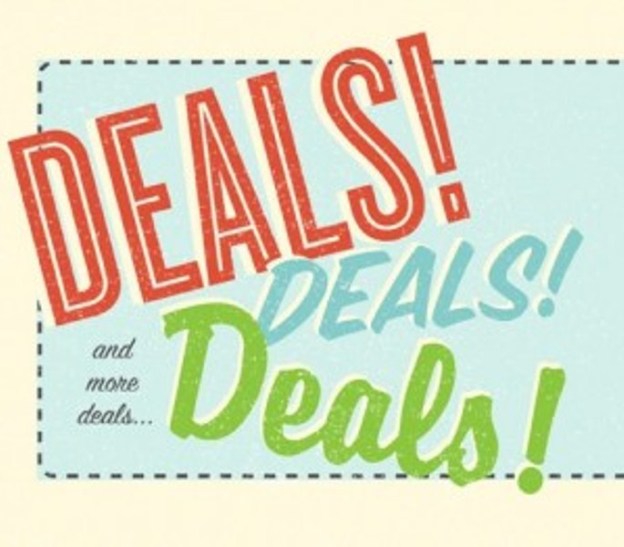 The daily deal market is at a crossroads. In one corner, its advocates claim there’s new life to be squeezed out of the already over-saturated industry. In the other, detractors are screaming from the rooftops that Groupon’s controversial IPO process has been proof enough that the market is flawed and has reached its tipping point.

It’s been a tumultuous year, with predictions of collapse one day and promising statistics the next. And while the debate rages on, stand-alone sites as well as established platforms continue to jump into the fray, launching their own discount-a-day applications. So where is the industry heading in 2012?

According to Tippr CEO Martin Tobias, the market will be rife with new deals and contracts, the biggest of them being a LivingSocial sale. “Going public would be hard for them because of just looking at what happened to Groupon, and investors are going to want their money back,” he says. “LivingSocial is having the same cash problem that Groupon has.”

A now-infamous problem: Groupon owed $230 million more than it had to its name when the company filed to go public earlier this year, and some iffy accounting metrics seemed to try to hide that fact. “They would have gone bankrupt at the end of the month if they hadn’t gone public,” Tobias says.

And it’s because of all this that LivingSocial will instead put itself up for sale. A likely buyer is Amazon, which already own a considerable stake in the company. But others are on the ballot as well, including the likes of Yahoo, Microsoft, and eBay. “Somebody with a large audience already,” says Tobias, “that adding this business to makes sense.”

It’s a smart move for these bigger companies, who can use LivingSocial’s man power to do the daily deals work for it. And according to recent Yipit data, Amazon’s already doing this: “Amazon, which invested $175 million in LivingSocial last December, continues to leverage LivingSocial’s sales force to sell its deals to merchants rather than investing heavily in its own sales force.”

There will also be plenty of efforts by smaller outlets to hook their fate to successful social sites (i.e., ScoutMob’s recent partnership with Foursquare). Containing the user experience within one app or site is better for the consumer, who doesn’t want to switch between applications to fully utilize everything that’s being offered.

To be brief, there’s one clear loser will emerge in 2012: The Groupon clone–something we’ve seen coming for awhile. Now to be clear, we need to define what that is exactly. A Groupon clone is a stand-alone site that isn’t affiliated with any larger company, that creates its own deals and b2b relationships and finds its own audience. It’s not Google Offers or Amazon Local, for instance.

These sites followed in Groupon’s and LivingSocial’s footsteps, watching the trend take a hold of the e-commerce scene. Unfortunately in this case, the first to the game may have sucked the niche dry before new competitors could even have a chance, and now they will experience the struggles but without the market share and investor relations to fall back on.

“If you’re already established, you don’t have to spend as much building this up,” says Tobias. “Groupon is stumbling and anyone new who wants to compete with it will similarly struggle.” Building a brand from the ground up isn’t easy, and those who are trying to do this on their own have missed the window.

“I don’t think any of them have a chance,” Tobias says about these clones. “In the last six months 170 of them have gone bankrupt or closed and at the same time 120 of them have been launched.”

But there is hope: “The model isn’t screwed. The direct model is screwed,” he says. Sites that are adding daily deals to their already established platforms have a much better shot at success in this market—sites like Google Offers, Amazon Local, MSN Offers and the like.

Google Offers has had a relatively quiet introduction, although new data from Yipit shows it’s growing steadily. According to the same report, Amazon Local has recently experienced a surge in its expansion. These types, Tobias says, will play out in the long run because they are just part of an entire package of solutions for retailers.

Which brings us to what remains a large hurdle: merchant trust. Many local business owners have sworn off the scheme and the sleazy tales of vendors duped into terrible money-losing deals are never-ending.

It’s been said time and time again that Groupon is in direct competition with the vendors who use it for customer loyalty, and often the consumers attracted to the site in the first place are motivated by saving money. But building this business around a site that people visit for a variety of reasons—to read, to chat, to email—could mean a very different type of e-commerce experience altogether. And Jerry Nettuno, CEO of small business solutions application Schedulicity says that the market still has room for improvement, and that this will play out next year: “Random go-for-broke deals will evolve into well-thought-out offers.” So expect to see this evolution over the next year–from oulets that can manage to promote this kind of thing, which are likely to be big players and not fringe sites.

The Yipit report shows that “spa and beauty” and “restaurant” offers continued to be incredibly popular, both in bookings and percentage of deals on the table. But there are a few emerging trends we’re likely to see in 2012. Groupon’s Getaways have been a solid performer, and a huge sell for the site.

Likewise, LivingSocial Escapes have taken off. “LivingSocial Escapes, LivingSocial’s travel product, experienced a 94-percent growth in gross billings in October after the number of deals increased 64-percent and vouchers sold per deal jumped 40-percent.” LivingSocial Adventures has also done well for the company, so it would stand to reason that experiences and travel could become increasingly important for the daily discount industry.

CHNL partners with Groupon, LivingSocial to curate more than the social Web