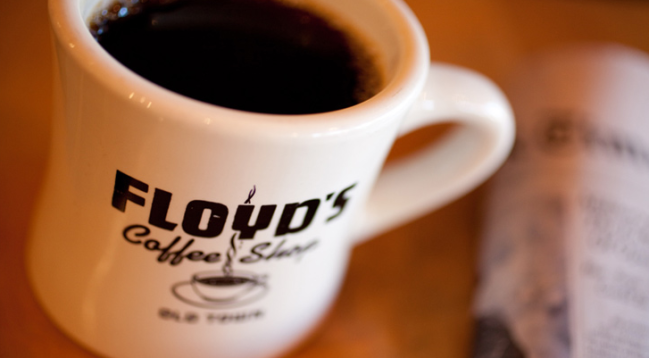 As you may have heard, Google Offers launched yesterday and rolled out its first deal with 70-percent off at Floyd’s Coffee Shop in Portland, Oregon. Google’s take on deal-a-day has been in development for some time now, and it was clear the Internet titan was serious about its own application with its heavy-handed attempt to buy Groupon. After a spurned acquisition and social media stalls, the introduction of Google Offers has been met with ample fanfare.

But how is it really going? According to Floyd’s Coffee Shop owner Jack Inglis, it’s been something of a mixed bag. Inglis says that as they watched the number of coupons bought rolling up, he “realized the enormity of this.” After the deal went live around 8am PST, a customer walked in to redeem the discount – only to be turned away, as the daily deals are only accepted a day after purchase. And this wasn’t a singular situation: Inglis says four dozen coupon-happy customers had to be told to come back the next day. “But that’s why it’s a beta test,” Inglis says. “Mid-day, they changed how the ad read.”

The entire experience is a learning process for Inglis and Floyd’s. He’s never used Groupon or similar sites for his business (although he’s personally bought a few), and until Google Offers, a daily deals site sales team hadn’t approached him. When Google came calling roughly a month ago with the opportunity to be a part of Offers, something about the venture appealed to him. “I think that they’re [in] a position to do things with information that almost no one is. And it didn’t take any time to see that if they were going to be a coupon vendor then they would have great advantages.”

As for the coupon’s current effect on Floyd’s business, Inglis says it’s “not as big of a pop today as expected.” Which may not be a bad thing: The idea of customers holding onto the coupon and coming in to the coffee shop more intermittently would benefit Floyd’s more than a massive, sudden influx. “How quickly people redeem it has a big effect on our ability to absorb that lack of income. That’s what I was chewing on yesterday: If everyone comes in within the next three or four days, it’s going to be rough.”

When asked whether he would work with Google Offers again, Inglis says “Sure” but that he wants to see how this plays out. But if he were to ever use a daily discount site in the future, he says Google has his business. It doesn’t hurt that Floyd’s position as the inaugural local shop has received almost as much media attention as the new site itself. Inglis has also been happy with Google’s advertising team, and remarks that the company clearly knows how to reach people.

It isn’t just Google’s marketing prowess either. Inglis gives the Google Offers’ team a glowing recommendation, saying they’ve been an incredibly valuable resource. Many businesses have complained about deal-a-day services’ lack of personal involvement and assistance with complications, and it’s one element Google seems to be taking seriously with its extremely local presence. Inglis reveals the company’s team has been on site to anticipate and help with any foreseeable hiccups. “So far, so good,” he says.

Facebook’s ads will target your entire household this Christmas