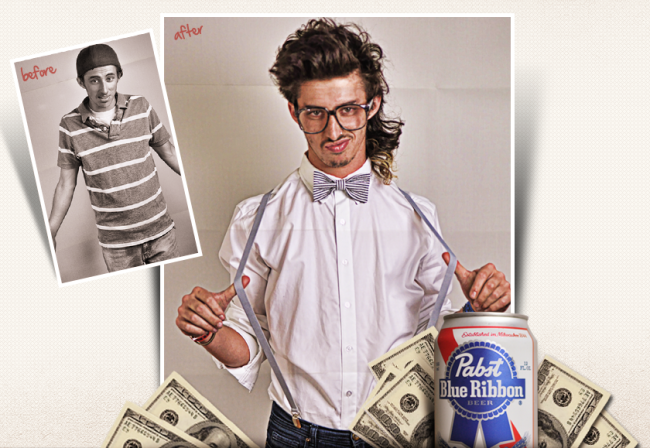 Earlier this year, Hipster made quite a splash as a site displaying just its cryptic name and nothing else. Once SXSW.usehipster.com hit, we soon found out what the fuss was all about: Hipster is a social Q&A site that is absolutely nothing like Quora. Its content revolves around geo-social elements and helps users find what’s trendy in a particular city. The San Francisco-based startup hasn’t widely rolled out quite yet, but questions from SXSW like “Where is the best vegan food in Austin?” and “Which bar near the Austin Convention Center has the best selection of beer on tap?” give you an idea as to what Hipster is all about. A mobile app for the site is also in the works.

And now that Hipster is out of its super-secret-startup phase, it’s looking to actually build a competitive application out of all that hype. Silicon Valley recruitment wars are ruthless, brutal battles, with companies like Yahoo, AOL, Google, Facebook and Twitter swapping employees like it’s a game. Hipster will be no exception and wants to steal the best talent it can. It’s the site’s methods that deviate from the norm.

Hipster is currently holding a contest that will reward successful applicants, and those that referred them, with a year’s worth of PBR, a fixee bike, a pair of “authentic” skinny jeans, Buddy Holly glasses, mustache grooming services, some broken-in boots, and a pinstriped bowtie. Oh, and $10,000 cash. We’re not kidding. If you think the campaign is simply a ploy for attention, you’re probably right. Regardless, it’s working.

Founder Doug Ludlow tells the New York Times that Hipster has already received 240 applications – and the competition only started a week ago. Ludlow also says there are a handful of especially gifted hopefuls. These candidates, he says, come from the likes of Google, Twitter, Salesforce, Oracle, and AOL. “Getting these 20 people into interviews would have cost hundreds of thousands in recruiter’s fees, and we did it for free,” he says.

The scheme has silly marketing move written all over it, but it sounds like it could pay off. If Hipster is able to nab some of its competition’s talent it could create a team that is able to innovate in such an oversaturated market. Now if it could only buy the Hipster.com domain, the pieces might start falling into place more quickly.

Twitter’s downfall made me look for alternatives, but they just made it worse
How to block people on Snapchat
How to post a Short on YouTube
What does the lock mean on Snapchat?
What is Twitter Blue and is it worth it?
Twitter closes offices as ‘work pledge’ deadline passes
What is Ambient Mode on YouTube?
What is BeReal?
How to delete a BeReal post
How to use TikTok’s voice changer
Twitter attempts to sort out verification system with new badges
Hive Social is my favorite Twitter alternative, but that’s not saying much
Elon Musk meets Apple’s Tim Cook to settle dispute