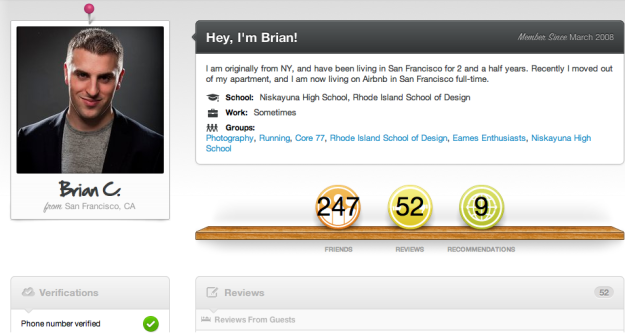 This morning we talked about how Airbnb could be seriously jeopardizing its future by failing to address some of the issues recently brought to light. Since then, the site has posted on its blog outlining how it plans to make amends. In addition to a personal apology to EJ for its lack of responsiveness and communication, Airbnb outright admits it “dropped the ball.” Living up to your mistakes is difficult to do, especially for a company in the midst of fundraising, and it’s important that Airbnb did this instead of trying to pass the buck, as some people associated with the company have been doing.

But words only mean so much. In addition, Airbnb is instituting something called the $50,000 Airbnb Guarantee, which begins August 15 and will  protect hosts by insuring “their personal property will be covered for loss or damage due to vandalism or theft caused by an Airbnb guest up to $50,000.” Putting some monetary terms on this is probably a good idea, as another jilted Airbnb user recently revealed his difficulties finding a compromise on how much the company owed him after a renter destroyed his apartment and robbed him.

What’s most important is that (as we hoped they would) Airbnb is recommitting to customer service. Starting next week, a 24-hour hotline will be available (which should be more effective than the urgent e-mail address that didn’t yield results) and the customer service team is being doubled. It will also include an industry veteran to help guide the site’s growing needs. New security features are in the works, and an “in-house task force” will manually review any reports of suspicious activity. A section outlining safety tips is also new to the site. And in the spirit of full transparency and user-friendliness, Airbnb is giving everyone CEO Brian Chesky’s e-mail address.

Airbnb is addressing just about everything it needs to: Owning up to its faults and fixing what it can–and most importantly, not  blaming EJ. A personal and public apology was necessary, not for not only the incident itself but the ensuing media firestorm she’s been put at the center of (which has labeled her a liar more than once). Using sites like Airbnb come with implied risks, and nothing’s going to change that. But investing in a way to deal with what this type of business model can be subject to is the best thing Airbnb can do. Hope for the best, expect the worst, and be prepared to fix as much as you can as quickly as possible seems to be its new agenda, and hopefully it keeps users from having to go through what EJ did.

And on that note, she deserves one more round of praise: What happened to EJ (and Troy Dayton for that matter, see our earlier post) was bound to happen to an Airbnb user eventually. Publicly discussing her situation without overly pointing fingers or being swept up in rage means we all took notice, and because of the consumer attention and demand, Airbnb is going to be a better site. Fingers crossed.