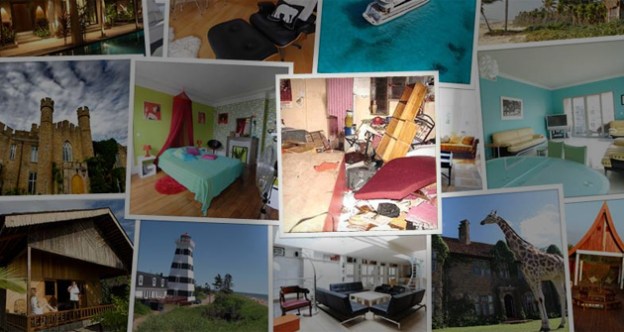 Earlier this week, we shared a horrifying story told by an Airbnb user whose apartment was burglarized after renting out her apartment using Airbnb. The site allows users to rent rooms or entire houses and apartments to short-term guests, and was valued at one billion dollars.  To catch you up with the situation EJ, as she is known, rented out her San Francisco apartment for one week to a fellow Airbnb user. When EJ returned home she found her house burglarized, vandalized, and in a horrible state. EJ’s original blog post talked not just about the crime and how it affected her, but also about Airbnb’s response, which at the time was stellar.

EJ’s new post gives us a clearer timeline of events, and responds to many people’s comments and concerns. One such person was Airbnb CEO Brian Chesky, who authored a guest post on TechCrunch. Chesky’s post mentioned that not only has the Airbnb team been in close contact with the victim, but they are happy to report that a suspect was caught. He also talks about how they have done everything they could have done to assist EJ in her time of need. He went on to say how the company is beefing up security on the site, and adding several safeguards for its users. By the end of his post, it seemed almost as though everything was cleaned up, and everyone was readying to move forward.  Chesky’s post went over very well with readers in the comment section, with several people showing support for the company and what it has done to remedy the situation.

After, EJ went back to her blog to attempt to clear up some misinformation that has been floating around the Web. She focuses her energy on Chesky’s post, which she basically said is completely false in reference her situation. EJ first contacted Airbnb on June 24 and openly said that they were very helpful over the phone, but once she posted her original blog post on June 29 all the calls from the company stopped. Airbnb went into damage control mode and no longer assisted her in rebuilding her life. One of the few instances when Airbnb did contact EJ after the blog was posted was when a co-founder “addressed his concerns about the blog post, and the potentially negative impact it could have on his company’s growth and current round of funding.” It appears that if the company did the right thing originally in June, this story would have never been made public almost a month later.

We all hope that EJ is able to recover from this horrible event, both emotionally and financially. We also hope that Airbnb takes some action to help EJ and not just attempt to use some PR lingo to spin this event into something it isn’t. If we hear anything more on the status of this story we will keep you posted.

Twitter is building a menu option for Twitter Shops
You can now downvote comments on TikTok videos
Instagram is building a ‘nudity protection’ tool for your DMs
Instagram appears to be down. Here’s what we know so far
Snapchat is down right now. Here’s what we know
The more Instagram copies TikTok, the more I hate using it
Elon Musk hints that he could start his own social media platform
Facebook Messenger finally starts testing end-to-end encryption for all chats
What does a check mark mean on Facebook Messenger?
Twitter’s latest features are all about curbing election misinformation
Snapchat Plus subscribers are getting these four new features today
You can (sort of) generate art like Dall-E with TikTok’s latest filter
You can now use the Add Yours sticker on Reels for Facebook and Instagram