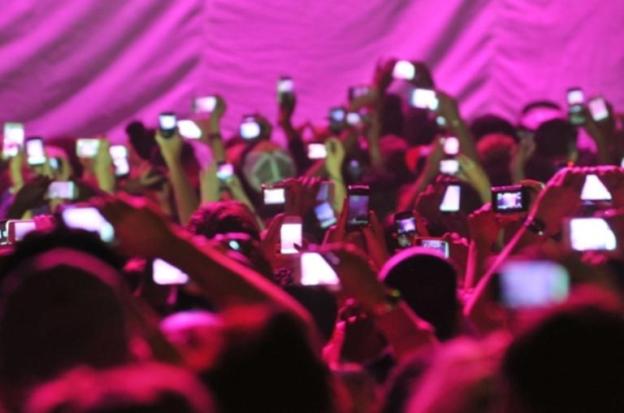 Vine is designed to let you make quick snippets; six-second, mini video loops. The app has been so successful thus far because it gives you strict parameters to work within, so you have to get creative. Just six seconds, and often chopped up. Hardly anything more than a long, high-quality GIF. It’s hard to imagine that these teensy clips could cause copyright issues – but they can, and they are.

Famed rocker/sex symbol/ornery human Prince had his record label file a complaint with the DMCA requesting that Twitter remove eight Vine clips that took place at his concert. Prince really, really hates the Internet, so this makes sense (although it’s kind of surprising that he knows what Vine is; we’re guessing he employs people that look for this type of thing).

Prince won’t be suing anyone (for now) because the person who posted the Vine videos complied with the request to take them down. But this case throws Vine’s status into question: Can the platform avoid future problems with copyright claims? If you look below, you can see that we have a penchant for the Vine concert post – so where do we go from here?

It all comes down to fair use law. And what’s fair use law? The DisCoProject’s Ali Sternburg, who is a public policy counsel for the Computer and Communications Industry Association, has a good primer on the law, which she explains like this: “Fair use is a judicially-created, legislatively-codified doctrine that allows for limited use of copyrighted material without requiring permission or a license from the copyright holder.” So basically, fair use law lets you take bits and pieces of other people’s work without having to ask them for it.

Sternburg is saying that six seconds isn’t short enough for the de minimis defense to work – thus, fair use is the benchmark.

“As I mentioned in my post, there are defenses to copyright infringement such as de minimis, where a use is simply too small to be actionable, and fair use, where a use is exempt from constituting infringement due to its transformativeness or other public benefit like education or news reporting, but it takes a court decision to know for sure.  The analysis has to be done on a case-by-case basis.  That is something that can be frustrating for creators and innovators who are building on existing works, whether for noncommercial or commercial purposes.  But there is fortunately a lot of good case law out there protecting and expanding the fair use doctrine.”

So even though Vine clips are the same length as the flute sample used in “Pass the Mic,” a Beastie Boys song that sparked a copyright battle, Sternburg is saying that six seconds isn’t short enough for the de minimis defense to work – thus, fair use is the benchmark. Gigaom’s Jeff John Roberts touched on the similarities between this Vine case and earlier battles over sampling in hip-hop and rap during the 1990s.

Even though Twitter complied with the request this time around, if more of these complaints start rolling in, they may have to switch gears and start playing defense to preserve Vine users’ ability to produce creative content. And Sternburg doesn’t think the onus is on Vine (and by extension, Twitter) to make changes. “I don’t think Vine has to change anything.  Vine is no different than any other service that allows users to post user-generated content and may involve incidental or actual copying and thus potential liability for infringement.  A lot of this is because copyright laws rarely are up-to-date with technology or norms,” she explains.

Will simply appearing on Vine give contentious material a claim to fair use, since the platform could by considered transformative in and of itself? “Another consideration in the fair use analysis is whether the particular use would harm the market for the original,” Sternburg explains. “I would think that a choppy video (not to mention one that’s only six seconds) would be unlikely to harm the market for the original full work.  This question also makes me think about Girl Talk.  His use of multiple short choppy clips is widely considered transformative, which may be why he’s never been sued, as record labels and publishers don’t want to risk losing and having fair use expand.”

Sternburg’s on the side of a wider interpretation of fair use laws, but many record labels are not, as Prince just demonstrated. It’s worth asking, however, whether Vine users should be concerned about getting their videos yanked – and if that is the case, what can we do to keep this from happening? For instance, instead of filming Prince straight on, would making a video of the crowd with the sounds of his performance be OK?

“I think that your point about altering the visuals could be considered transformative.  Courts also consider the particular intent for using a clip and the message it is trying to convey,” Sternburg says. “If showing the shoes was totally random or done to attempt to avoid being infringing, it might not be a strong argument.  But if there were a reason for showing his shoes along with the audio – if they were purple and it was Purple Rain, if he wanted to show the diverse multitude of people that were there by scanning people’s shoes – then it might make it more transformative.”

So courts may be more inclined to rule that material like Vines fall into fair use law if they show an element of obvious creativity instead of just skirting the edges of infringement.

This means Vine users worried about getting their six second masterpieces pulled for copyright infringement should take special care to make sure they’re recording an event that features copyrighted material in a unique way. When something is obviously artistic, it’s harder to call it out for copycatting.

And it’s not just Vine users that should go out of their way to acknowledge copyright laws; legislators also need to look at these laws – so they can change them. We live in a remix culture and the idea that a six second loop could possibly cause damage worthy of filing a copyright violation is absurd. That doesn’t mean that they need to do away with protections for artists; it’s just that the protects in place do not take into account creative works that stem from building on pre-existing content.

What is BeReal?
What is Ambient Mode on YouTube?
What is Twitter Blue and is it worth it?
What is Mastodon? Here’s why everyone’s talking about this Twitter alternative
Having trouble accessing your Instagram account? You’re not alone
Elon Musk considers bringing Vine back from the dead
Staying on Twitter? Here are two ways to make it easier
Elon Musk now Twitter CEO after firing entire board
Twitter Blue is losing Ad Free Articles and Musk’s latest tweets indicate further changes
Clear Mode on TikTok: Here’s what it is and how to use it
Twitter’s edit button could soon be free for all users
Instagram to soon let creators make NFTs and sell them to fans
Elon Musk to cut half of Twitter workforce, report says