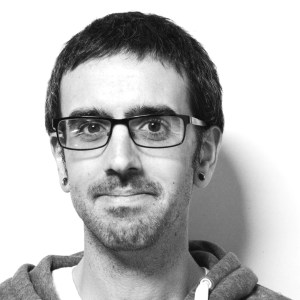 Ronan Glon is an American automotive and tech journalist based in southern France. As a long-time contributor to Digital Trends, his job is to bridge the gap between cars and tech, while helping consumers and enthusiasts alike navigate these two increasingly intertwined worlds. He travels extensively and restlessly to get the inside scoop on horsepower, infotainment, or both.

Though he earned a bachelor's degree in international studies, Glon has worked as a journalist nearly all of his adult life. He has reviewed cars on six continents (no one has let him drive in Antarctica... yet), and he has driven over 450 past, present, and future models ranging from humble economy cars to ultra-rare hypercars with a seven-digit price tag -- yes, he has an Excel document to keep track of it all. There is not a single car he won't drive at least once, though there are some he wouldn't drive again, and not a single new technology he won't dive into.

Since starting at Digital Trends in 2014, he uncovered the real story of the internet-famous Belgian car graveyard, explored a French forest in one of the last examples of the Land Rover Defender, drifted electric Audi prototypes on a dry lake bed in Namibia, and ventured behind the scenes in Ducati's Italian design studio to learn how tech and craftsmanship come together to shape a motorcycle.

In addition to Digital Trends, Glon's work regularly appears in several print and online publications on both sides of the Atlantic. He's also an avid car collector, photographer, guitarist, and mountain biker.