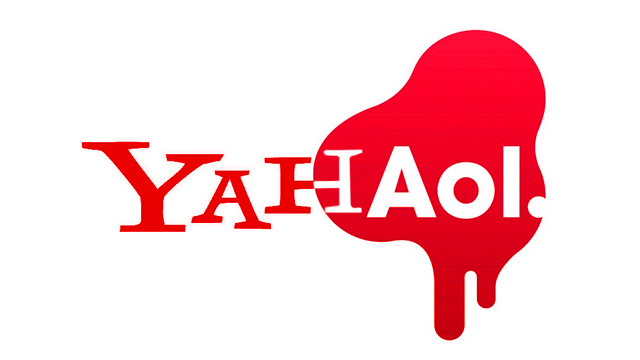 Former Yahoo CEO Carol Bartz’s position as boardmember was incredibly short-lived. After less than a week in her new role with the company, Bartz has resigned and cut her ties with Yahoo, a business she’s had more than a few criticisms of since her initial departure.

And in the midst of Bartz’s parting moments with Yahoo is new fire to the AOL merger or acquisition rumors. Yes, those same ones that have stalked both companies for some four years, the same ones that resurfaced with AOL’s contacting of a top M&A office and the disarray of Yahoo’s executive branch. But up until now, little more than common sense and industry insight have pointed to the deal. Insiders are speaking up in light of the current discussion surrounding both companies, saying that the two parties are indeed interesting.

According to Bloomberg’s sources, “Armstrong is discussing options for a combination aimed at strengthening the two Internet companies… He has talked with private equity firms and investment bankers from Allen & Co working with Yahoo.” Bartz’s departure has been the catalyst for re-examining the venture. Now there isn’t much good anyone has to say about a potential merger, but here’s the line of reasoning we can see.

Why it (sort of) makes sense

Yahoo and AOL have a lot in common. Both momentarily ruled the Internet landscape, pioneers in a place where no one really quite knew what this thing was or what it was going to be. And for a minute, Yahoo and AOL each had it right. That minute was over all too quickly, obviously, and they’ve both been busy redefining themselves since.

This “redefine” isn’t a simple rebranding or Web property reorganization or site redesign (although it’s included all of these things). It’s been about figuring out what purpose their sites serve.

And it looks like both are settling on media. So in some regards, a sale or merger makes sense. AOL and Yahoo have had similar struggles and at least appear to have similar attitudes when it comes to keeping-our-heads-above-water strategies. But primarily, a sale or merger would benefit AOL. There is mounting pressure at the company to turn its financial performance around and a merger would yield the short-term boost Armstrong seems to be grasping for. All that said…

Why it’s a disaster

Two wrongs don’t make a right. Yahoo and AOL are both struggling for the same reasons: The Internet has changed faster than they have and attempted to get on-trend has found each company over-investing in the wrong areas (AOL’s Patch has been called a money-suck more than once and Yahoo killed off a number of Web properties this year).

But what really should raise some concern is the idea that a considerable number of popular Web publications might stand on some shaky ground. Production is running less than smoothly over at AOL, and shuttling sites over to Yahoo is risky, seeing as it’s developed a reputation as something of a Website killer (the entire Internet cried foul when Delicious was on the cutting board).

AOL and Yahoo don’t have complementary problems that could fill in each others’ holes. They have the same problem. While they have plenty of visitors, they don’t have a successful advertising structure set in place. This problem would only be amplified by merging.

If Verizon deal goes through, Yahoo’s Marissa Mayer won’t serve on new company’s board
Yahoo’s data breach has Verizon feeling buyer’s remorse, may withdraw acquisition
Twitter, Yahoo reportedly considered what would have been a blockbuster merger
Yahoo could land in British hands as major newspaper takes an interest
How to find archived emails in Gmail and return them to your inbox
How to sync your Outlook Calendar with your Google Calendar
How to block an email address in Gmail
How to easily log in to multiple Gmail accounts at once
How to change your Yahoo password
How to download Vimeo videos to your PC and phone
Kaspersky VPN should be your go-to for secure connections and privacy
Here are two awesome Santa trackers that kids can use today
Install these Chrome extensions on your relative’s new laptop