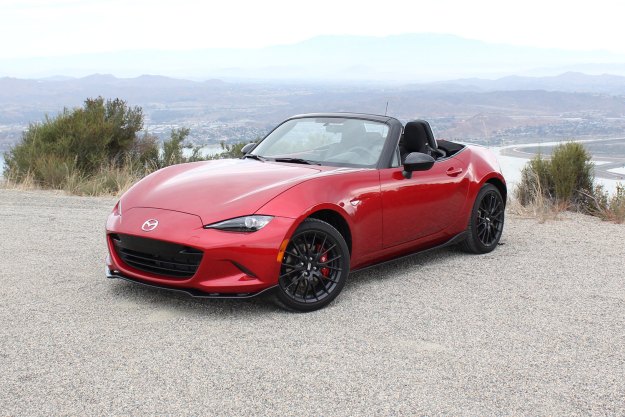 “The new Miata is the best yet, with styling and driving dynamics that punch far above its weight class.”

If you’ve ever experienced an automotive brand’s marketing, via television advertising, social media, billboards, and everything in between, then you (a) live somewhere in the civilized world, and (b) have rolled your eyes at some point in response to said campaign’s messaging.

Almost every major automaker is guilty of embellishing the characteristics of either its vehicle or its target audience, but at least in the U.S., we’ve grown accustomed to the marketing universe in which ads match real-life scenarios of car-and-man interaction.

Therefore, when Mazda launched the “Driving Matters” campaign, I was primed to shrug off yet another series of promotions where an average driver somehow discovers an abandoned, breathtaking road and responds with a massive grin on his or her face. But then something happened that overlaid the marketing universe with the real one…I experienced the 2016 Mazda MX-5 Miata, on a breathtaking road, and the dumb ol’ grin was there too.

That was several weeks ago now, and in the time since I first experienced the fourth generation (ND) Miata, I’ve begun to doubt whether the little roadster was actually as good as I remembered it. Predictably, it’s just not the same as my memory…it’s better.

Back to [better] basics

There isn’t a single thing about the 2016 MX-5 that’s revolutionary. It has three pedals, a handbrake, a naturally-aspirated engine, a rear-wheel drive setup, and a manual folding fabric roof. However, each of its characteristics, including steering, handling, power delivery, and braking are engineered to a level of precision only matched by cars costing at least twice as much.

The Miata has always been focused on the benefits of lightweight construction, and the ND generation is the closest match for the original NA’s essence. At 2,332 pounds, the ND MX-5 weighs just 200 pounds more than the 1990 roadster while utilizing a larger engine and meeting far more stringent safety standards. Mazda calls this feat “SkyActiv” engineering, which covers everything from the no-frills cabin (1/8-inch thick sun visors, compact infotainment display, and thin seats) to the mechanics (lighter exhaust manifold, oil pan, fuel pump, and flywheel).

Thanks to extensive weight savings, the 2016 MX-5 doesn’t need a whole lot of power to get moving. A heavily revised version of the Mazda3’s 2.0-liter four-cylinder engine slots neatly under the Miata’s long, sculpted hood and serves up 155 horsepower and 148 pound-feet of torque. While down on power compared to the previous generation “NC” MX-5, the new Miata’s power-to-weight ratio is improved, meaning a quicker sprint to 60 mph in 5.9-seconds and a respectable 129 mph top speed. Sure, for nearly the same money, you can gain access to vehicles with almost double the output, but power is only a single dimension of complete driving pleasure.

This is still a momentum car that will reward skilled drivers, but there’s finally enough pep that minivans won’t dust you.

Transferring grunt to the rear wheels is either a six-speed automatic or six-speed manual transmission. While I’m sure the automatic is a fine gearbox, I firmly believe the MX-5 is handicapped from delivering its full potential when optioned with anything other than a manual, especially when the gearbox is this good. Each throw of the shifter is short, crisp, and met with a subtle, yet assuring “click” into place. With a sensible amount of low-end torque to get the MX-5 up to speed, the SkyActiv engine really sings through third and fourth gear above 3,000 rpm. This is still a momentum car that will reward skilled drivers at the track or on a technical road, but along straights, there’s finally enough pep that minivans won’t embarrass you.

Complementing the ND power punch is its phenomenal steering, braking, and suspension tuning. While enthusiasts might bemoan Mazda’s decision to ditch the hydraulic steering rack for an electrically-assisted unit, this is easily one of the best systems available. Not only is turn-in lightning quick, but weight also buildings as the g-forces do mid-corner, leading to a natural, balanced feel with each input. In Club-spec (which adds a limited-slip differential, shock tower brace, and Bilstein shocks for an additional $3,685), Mazda lowered and recalibrated the suspension to stabilize the MX-5 through even the sharpest corners. The ND’s chassis feels neutral at the limit, communicating precisely when and how the nose and rear wants to behave, allowing you to maintain optimal traction.

While the standard MX-5’s brakes are more than capable of reining in the speeds of a lightweight sports car, if you opt for the $3,400 Brembo front brake upgrade (which includes 17-inch black forged-alloy wheels), you’re in for some staggeringly good stopping power. If you plan to track your Miata, you can always independently swap the stock pads and fluid for something meatier, but out of the box, it will be hard to match the consistent, spine-folding braking potential of the Brembos.

Though the 2016 Mazda MX-5 Miata’s driving experience will leave you craving more seat-time, that’s not quite enough of a value proposition for a $24,915 vehicle purchase. Earnestly, you could build a rivaling driver’s car for less (I’ve done it before), but you won’t be able to match the ND’s exceptionally attractive figure and convenience features unless you’re ready to shell out far more coin.

Starting with the cabin, though Mazda has gone to great lengths to cut weight, the Japanese automaker has also refined the interior to give driver and passenger a break from the action. Drivers over 6’3” may need to look elsewhere, but everyone else will enjoy the lowered, more ergonomic driving position. The seats may not look all that aggressive or comfortable, but they’ve been engineered to both firmly hold you in place during hard cornering and keep you relaxed during longer drives. The steering wheel’s small diameter and just-right thickness is a treat to manipulate, the pedals are spaced perfectly for heel-toe downshifting, and the shifter is sturdy and has a perfect shape for small or large mitts.

Mazda’s Connect infotainment system is one of the best in the industry, with excellent feedback from the selection dial, quick responses from the system, intelligent button redundancies, and clear navigation readout. Mazda has chosen not to embrace Apple CarPlay and Android Auto, which isn’t yet a big deal, but the lack of an available backup camera seems a bit lazy. Perhaps my favorite element of the new interior is the manual folding soft-top, which is a single-handed, four-second affair thanks to its smartly-designed hitching mechanism.

Then there’s the exterior. I used to think there was a rule somewhere that new cars costing less than $30,000 couldn’t be called “beautiful,” yet during my week with the 2016 MX-5, that’s precisely the word several on-lookers used to describe the new Miata’s design.

The story of the fourth-generation Miata’s featherweight character is told through the new bodywork. Its sharp creases appear to result from someone stretching the body panels as tightly as possible around its figure. The hood features bold arches over the front wheels, and the taillights give the MX-5 a wide stance. The abbreviated front and rear overhangs give it a lower, more streamlined stance. Classic Miata design cues like the single round taillights remain while new squinty-eyed headlights and a wide-mouthed (less smiley) grille have been added. Standard 16-inch gloss-black wheels add to the 2016 MX-5’s low, sleek figure. The Club package’s gloss black front splitter, side sills, and rear diffuser add a squat, aggressive look.

Three neighbors who I’ve maybe shared ten words with individually each crept over to my garage to admire the design. One thought it was an Italian sports car, another had owned the original NA and was blown away by the styling evolution, and the third simply thought the Soul Red color was “really pretty.” Out and about, middle-aged men and teenagers alike threw out the thumbs up, yelled “nice car,” and stared endlessly at the compact, yet sensual shape. I don’t know where the previous generation Miata’s “feminine” stigma came from, but this new one is universally sexy and worthy of owner pride.

Ravished by a roadster

It may not be the fastest car on the block, but you’ll want to push the 2016 MX-5 to its limits every day, and that usually means you’ll want to avoid unwanted attention of the enforcer kind.

Chances are, you’ll want to see what your little speed demon can do on the track. Why not record your progress over time and brag about it online?

Roadsters = top-down fun, but that also means a healthy dose of sun in the eyes. Get the best protection so you can drive in the elements all day.

It’s arduous to put the 2016 Mazda MX-5 Miata into perspective within the automotive market, in part because the herd of rivals has thinned dramatically over time. What other vehicle offers handsome looks and a world-class driving experience for the price of a Toyota Camry? The Toyota GT86/Scion FR-S/Subaru BRZ is too heavy and the Alfa Romeo 4C is too expensive.

But it’s more than power-to-weight or price; it’s the fact that the fingerprints of Mazda engineers are all over the fourth-generation roadster. You can feel how the team in charge of the transmission slaved over the precise sensation of notching the lever into gear. You can sense how the person(s) responsible for steering communication toiled endlessly to dial in the perfect level of feedback. You can see how the designers blended old and new into a gorgeous mold.

In return for the intensity of its labor, Mazda only asks that you hustle its roadster like it was intended to be driven, and help prove that driving still matters.